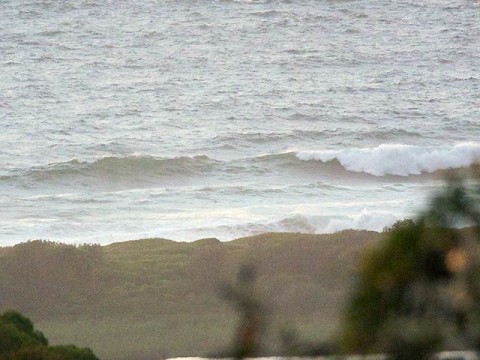 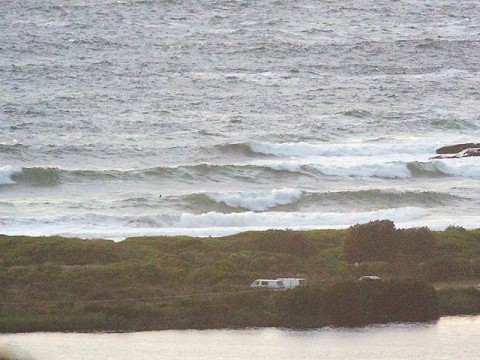 Well, whadya know. The modellers were right and we do in fact have actual swell this morning. The MHL buoy data from 0400 showed 1.9 metres of SE swell at 12 seconds apart. Very nice numbers. Sadly, as the pictures show, we had 10 kts of easterly from the get-go and the ocean did not really look nice. Tide’s low at about 0735, but even so, it looked full and lumpy and generally messier than 10 kts should make.
Outlook is for the wind to stay at about the same intensity but to swing more NE later. Once that happens we might see something a bit more interesting in the north corners. The Bureau’s modelling calls for the swell to decrease as the day goes along, but not to go away entirely.
If I could be anywhere on the NSW coast this morning, it’d be south of the ‘gong. They have the swell too, but the wind is a faint offshore. It probably won’t last long though.
We’ve got another south change on the way for Saturday, but tomorrow for the early could combo up a NE sea breeze and a fading but still possibly apparent south swell. Not quite sure about Saturday outlook. Bureau says SW at first before turning southerly, so if the swell comes back up enough, south corners might possibly have something of interest for the early.
The long range forecasts are saying next week could be another so-so mix of onshores and small wind waves. And the very long range speculations are pointing at generally onshore but with steady supply of waist plus minimum height wave faces from mainly east wind swell. So more not-flat-but-messy conditions basically.
Ah well, at least it doesn’t look like going absolutely flat!
Have yourself a great Thursday and keep on smilin’!

Weather Situation
Onshore airstream will persist along New South Wales coast on Thursday under dominating high pressure ridge. The airstream will become more northerly on Friday as the ridge weakens and a trough in the west draws closer to the coast. A southerly change is expected to reach the South Coast during late hours on Friday associated with a cold front entering the Tasman Sea. Strong southerlies will extend northward during Saturday, reaching gale force in the south. Winds are expected to ease and turn onshore on Sunday as the next ridge strengthens along the coast.
Forecast for Thursday until midnight
Winds
East to southeasterly 10 to 15 knots becoming east to northeasterly about 10 knots tonight.
Seas
Around 1 metre.
Swell
Southerly 1.5 to 2.5 metres, decreasing to 1.5 metres during the afternoon.
Friday 24 January
Winds
Northeasterly 15 to 20 knots turning northerly in the evening. Winds reaching up to 25 knots offshore in the evening.
Seas
Around 1 metre, increasing to 1.5 to 2 metres around midday.
Swell
Southerly 1 to 1.5 metres, decreasing to around 1 metre before dawn.
Saturday 25 January
Winds
Southwesterly 20 to 30 knots turning south to southeasterly 15 to 25 knots during the day.
Seas
2 to 3 metres, decreasing below 2 metres during the afternoon.
Swell
Southerly around 1 metre, increasing to 1 to 1.5 metres during the morning. 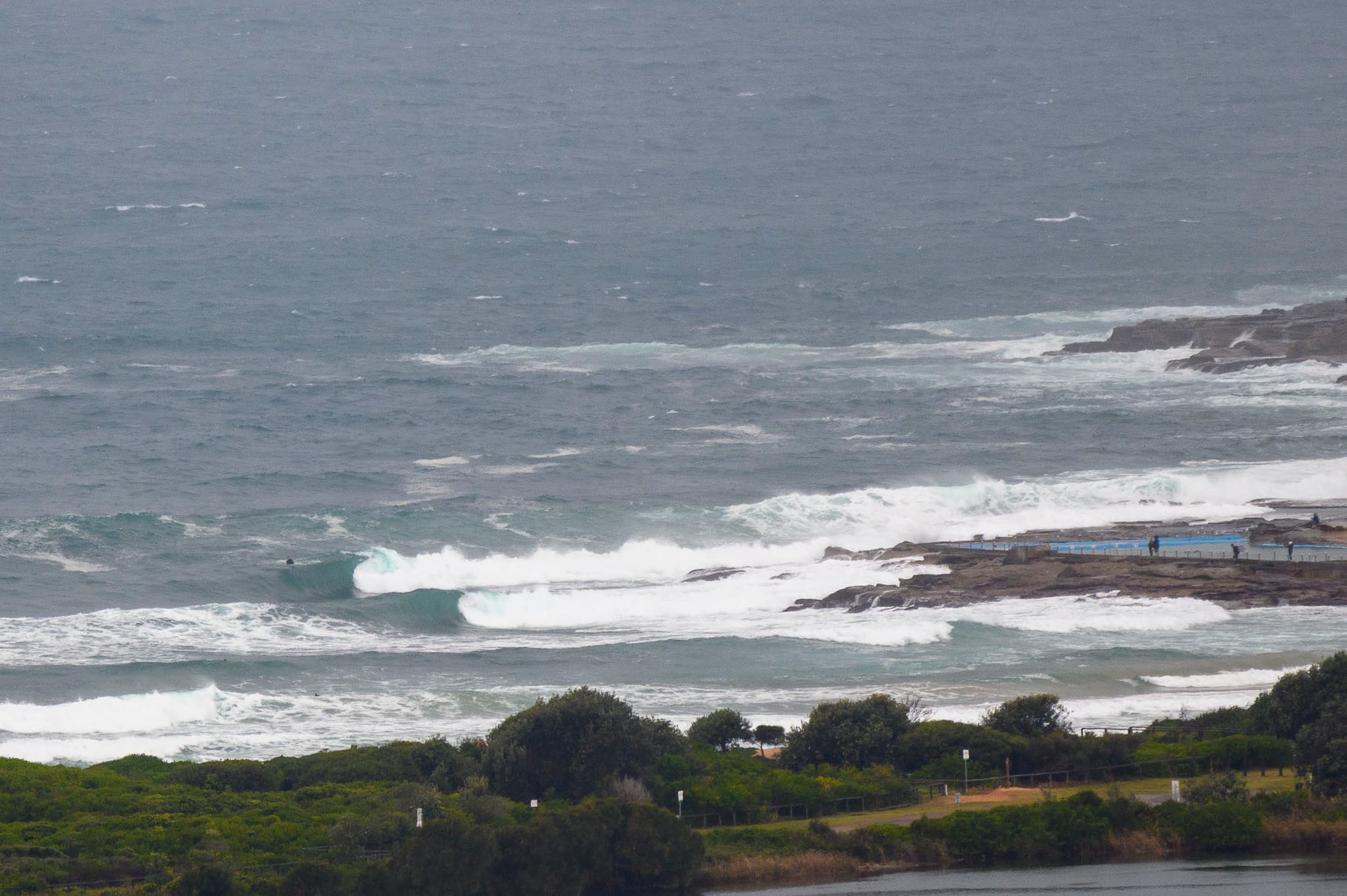 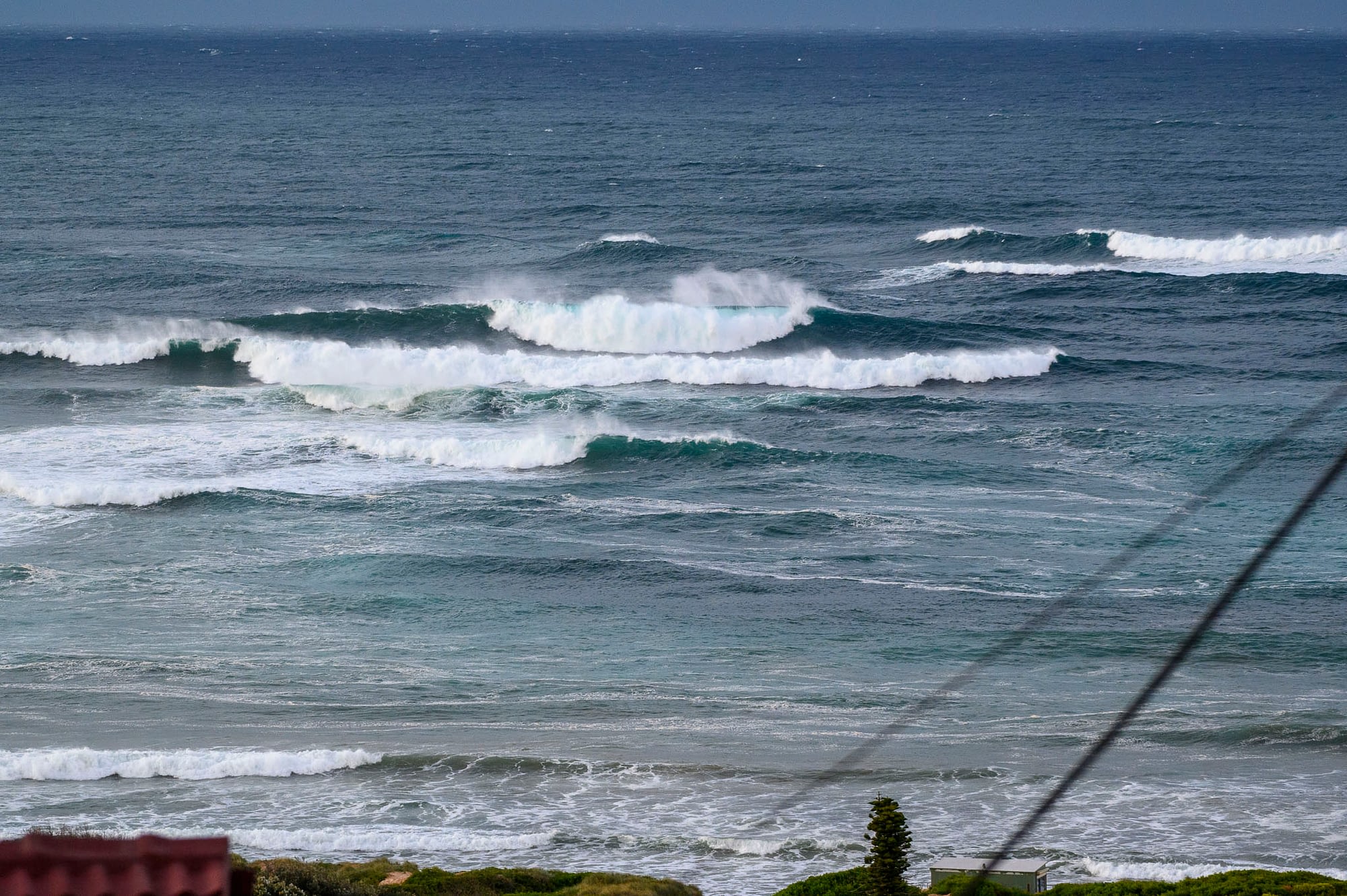