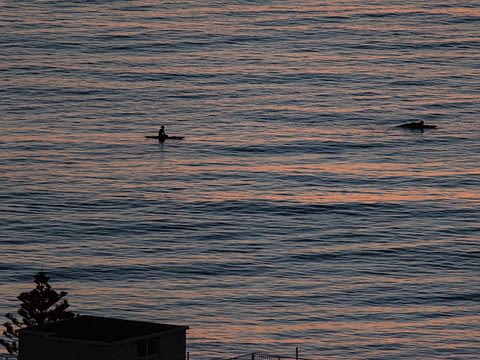 Hello Friends, Nothing to say about the surf options this morning. There aren’t any. Apart from that, it was a beautiful morning at daybreak with clear skies and no repeat of yesterday’s smoky conditions along the beaches. Looking at this morning’s swell modelling, there is some divergence between the ECM and Wavewatch models. But both […]

Flatness is upon us 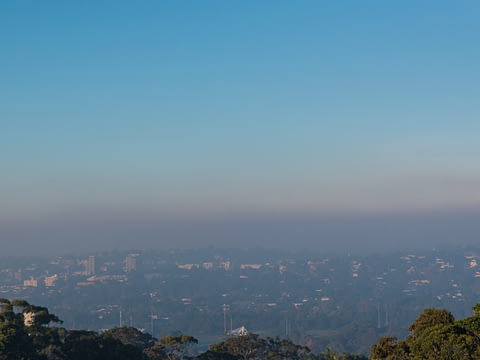 Hello Friends, Terrible looking air quality off to the south this morning and as for the surf, the MHL spectral chart tells the story – it’s not a pretty picture.   If you can find anything surfable today, my hat’s off to you! Outlook you ask? Well the Goat has that for you right hereTG’s […]

TG’s Surf Forecast issued Thursday 23 May 2019: Seven day outlook for Sydney: Well some sets last week were pushing in from a long way out – I know cause they were dropping on my head. I hope you got a wave, because it’ll be a mixed bag this week! Friday: around 1 metre or […]

Hello Friends, After days of long period sneaker sets to keep things interesting, this morning sees the long period component fading out. Where yesterday we had the odd 15-second period set, this morning the MHL buoy is showing closer to 12 seconds with heights at sea of a metre. As a consequence the surf prospects […]

Hello Friends, Burning off around the Sydney basin resulted in low visibility and air quality was fair to poor. Also, I couldn’t get a picture of the beach first up this morning. The MHL buoy at 0500 was detecting 1.4 metres at 13 seconds from the SSE (154°), so if you got waves yesterday, I’d […]

Update: musta seen pulse of the day because at point now and it’s really inconsistent and mostly waist high on sets. Lots people up at the lugga and the bombies but only a few from there south. Size looks better but inconsistent too. Hello Friends, Good news, we have shoulder plus on the bigger sets […]

Hello Friends, Clean, glassy and shoulder high on the bigger sets this morning from about No Mans to the Lugga. At 0600 the MHL Sydney buoy was seeing 1.2 at 14 seconds from the SSE. Wind was lightly offshore when I grabbed the pics and while it will pick up a little and swing to […]

Sunday and still some lines coming in

Hello Friends, Another mild and sunny morning in Sydney. We heard a shower last night and there were a few clouds about as the day got started. We still have a metre and a bit of long period – and therefore very straight – 15-second period SSE swell coming in. At Dee Why I saw […]

Chest to shoulder at magnets but straight as

Hello Friends, There are waves this monring, but shutdowns are the rule. Is it some kind of metaphor? Wind was light WSW at 10kts early, but it’s set to go south (although not pick up much) later. You need to hit the south swell magnets to get a wave. Gotta run, doing handing out at […]

Hello Friends, Looks like a pretty similar setup to yesterday, with around a metre and a tiny bit at 12-13 seconds from the SE to SSE. Wind was out the WNW early and the call is for light and variable across the day – ie probably light onshores by late morning. Water is an absurd […]