Not so red hot 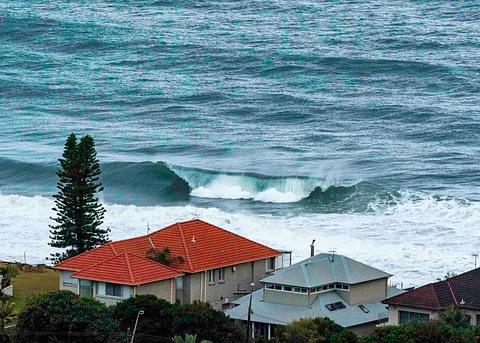 Hello Friends, Another 3-15mm of rain possible along the coast today as we head to a high of around 19. Water quality looked pretty bad and yesterday morning, before another solid day of rain, Beachwatch was warning pollution was possible at all Sydney beaches. Plus Warriewood STC had an overflow event. I’m leaving the microbial […]

From Sydney water Warriewood WWTP We have and continuing to partially treated discharge at warriewood at Friday 30 August 2019 at 9:10am. Flows recieving wet weather treatment.

Raining and chilly this morning 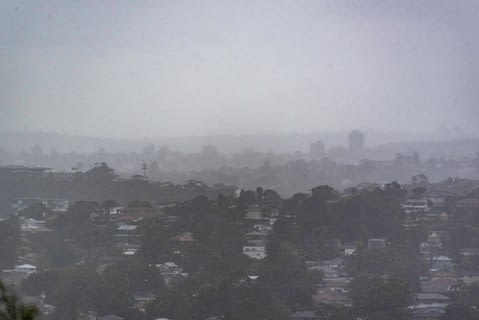 Hello Friends, It was raining steadily at 0730 this morning. Down at North Head the wind was out of the south at 18-25 kts and air temperature was around the 14C mark. At 0600 the MHL Sydney buoy was registering 3 metres of 9-second energy from the south (168°). Visibility from RealSurf HQ high atop […]

The Goat’s Surf Forecast Surf forecast issued Thursday 29 August 2019: Seven day outlook for Sydney: Surfing ??!! You’re joking!!  It’s freezing. the air is cold the water’s cold. Even the schoolkids and backpackers weren’t out today. It’ll be up at places open to dead South tomorrow but with wind too so do you really […]

Chilly and rainy start to Thursday

Hello Friends, A rainy start to what promises to be a cold and showery day for the Northern Beaches. There was very little in the way of wave activity as of 0730 and, while the wind was coming from the SW, there’s a strong wind warning for south, turning SE later. The MHL buoy was […]

Little waves to be had on Wednesday morning

Hello Friends, Didn’t expect to see much of anything this morning when I stopped by Longy for a look at the beach around 0745. But, as the pictures show, there were knee to waist plus sets showing up from Longy to Kiddies. Wind was light westerly but should be around to the eastern quarters soon. […]

Hello Friends, 10-17 kts of SE wind and lowering skies to start the day at Dee Why. Swell was about 1.5 m out at sea and coming from the SE at a choppy 7 econds apart. As the pictures show, this meant lumpy, choppy and just barely big enough to catch waves. I’d call it […]

Hello Friends, Although it was still close to 2 metres out at sea this morning, the average period was under 10 seconds and direction was 162°, so what swell’s getting into the beaches is around knee high and gutless looking. Wind was 7-8 kts from the SE too. An early shower delayed me getting a […]

Back to sunny and tiny

Hello Friends, Beautiful morning as Sunday kicked off. But the waves have faded away to almost nothing. There are little lines showing, but they’re struggling to make waist high. There might be a little more activity at the Long Reef end or around at Curly, but the MHL buoy was seeing a metre of 11-second […]

Still a few left in the locker but fading fast