Wind is onshore, surf is messy, water is dirty,  no crowd…a swim in a pool is a better option

Glassy Peaks for the Early

Nice little 2ft if NE windswell blew up overnight so there is glassy peaks this morning. Get into it early.
Mark – Surfboards Direct

A chilly, breezy Avalon played host to superb surfin’ conditions on Saturday morning, 9 July 2011. Your correspondent set up the camera and got shooting. Sets were 1.5x overhead and it was reasonably consistent.

To see all the pictures, click the pic below and you’ll jump to the gallery where – as usual – all pics are for sale. 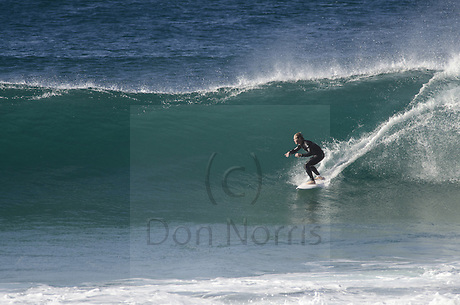 Although the day started out flat, a fresh south pulse filled in rapidly from late morning and by the time I headed out for a closer look, it was overhead at many south spots. Decided to head up to Avalon and Newport for a look.

Only a few bods in at the south end of Av and it wasn’t really too spectacular looking. Waited around and got a few set waves being ridden. Then went down to Newport where The Peak was looking pretty reasonable. Not many lefts, but some fun looking and often solid rights were coming through. Again, not many people in the water, but I shot for awhile anyway because Derek Hynde was out and doing interesting things on a finless board…

Coming back from kid soccer around noon, I had a look at the waves in Avalon, Cooks and Northy. All were very small, but people were out having a go anyway because it was just such a fantastic day. Mild, sunny, light offshores… if only we had a couple more feet of swell.

Biggest set I saw might’ve been waist high on the take off. Mostly though it was smaller than that.

The models have turned rather pessimistic for the coming week. I think we’ll be doing well to find anything much in Sydney. The seasons are gradually changing. I hope the super computers are wrong on this one, but as usual, we shall see what we see!

Lunchtime fun one at Av.

Just the equipment to sort out this little peak at Cooks

Quick litte one zips over a shallow bank.

Swell’s here big-time. Offshore winds & headhigh sets. Now, if I can work out how to post photos, you can see what it’s like