PICS by Don: Friday 8/7 Dee Why morning and afternoon

I shot at Dee Why in both the morning and the afternoon on Friday 8 July. There were good size sets in both sessions and lots of folks in the water too. Managed to get a few nice pics of the sizable conditions (wave faces were up to 8-foot on sets), so who knows, maybe I got one of you!

Click the picture below to check out the gallery from the morning session. 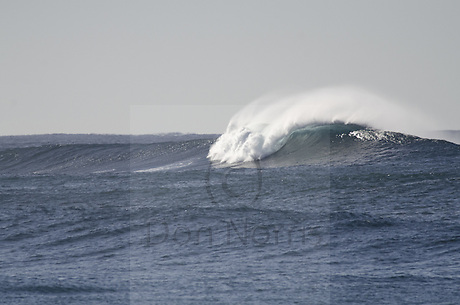 Later, as I say, I ducked back to get some more shots of the people extracting maximum fun value from the peak and the point during the afternoon session.

As always, I was shooting anyone who caught a wave. I like to make regular people look good!

Click on the pic below to jump to the gallery of all the afternoon pics. 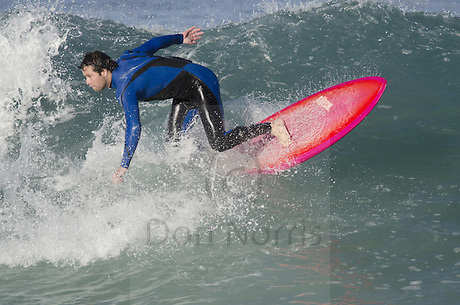 Another sample of the conditions in the afternoon…

Over the course of the day, the south swell rolling into Sydney built up from chest to shoulder high at exposed spots to head high plus. The MHL data shows that it’s stayed around the 3 metre mark out at sea since late last night, but from about midday on the average and peak periods went from 10 & 12 seconds, to 11 & 13 sec.

Went for a splash at the south end of Dee Why beach and you could really feel the difference between the 10-11 sec average ones and those coming in at 13s apart.

Not sure what was going on, but there were lots of folks in the water during the middle part of the day at Dee Why. Wave quality was – as the pictures I took at the point during the late morning show – not amazing. The swell has a nice long line, but our featureless summer banks don’t have the kind of gutters we need for strongly defined peaks. So, it was kinda sectiony in the beachy, and because there’s a heap of sand just north of the point, the bigger sets were sectioning quite a bit.

Swell is expected to back off overnight, but there should still be a little something at south-facing beaches tomorrow for the early risers.

Latest run of the models suggests that we’ll see the conditions get weaker and smaller across the end of the week and into the weekend. There’s some hope of an uptick though as next week kicks off.

Have yourself a top old evening!

Hello Friends,
Your crazy webmaster spent a couple hours shooting stills and vid at DY this arvo. Putting some pics up for main page, more in this post too.

It was extremely crowded on the main peak out in front of the SLSC. The point was busy too, but also smaller and less consistent than the beachy. I surfed there myself this morning and it was just as jammed and just as consistent then too. I’d love to know how many people got a wave off that peak today (must be hundreds) and how many waves came through (must be a couple thousand at least). And it was just one of numerous places where you could’ve surfed in Sydney.

And, from the look of the MHL data from up and down the coast, we’ve copped the best of the energy levels (biggest and longest periods).

Here’s the latest forecast from the Bureau for your consideration. From the look of the models, the swell should stick around for another couple days – at least. Looks as though the morning’ll be the go tomorrow.

Aiming at the lip

Light fading, but not the juice.

Getting all the lines right

Bottom turn example from late this arvo at DY.

Looking loose in the juice.

The kind of sharing no one minds.

Throw spray at Dee Why toward dusk.

Blowing the top off one at Dee Why beach late in the afternoon.

Often multiple riders on every wave in a set.

Just a fraction of the crowd this evening

Last light of the day

Will we break the server again this morning… I’m on tenter hooks… As anticipated, the swell peaked overnight. It’s still dead south and the MHL data is now showing average size of 3 metres at 11 sec, with some peak component of 15 sec and sea + swell heights of 5 metres. So, yeah, it’s still plenty big.

Dee Why beach didn’t seem to have any takers when I checked at around 0720. The point has a few on it, but not the nutty numbers of yesterday – yet. Size, as the picture shows, is looking to be into the 1.5 to 2x overhead range at the biggest moments on the biggest set waves.

The Bureau says that the wind should be out of the S-SW at 10-15 kts, but light inshore at first.

It also agrees with the models about the swell dropping through the day. However, “dropping” doesn’t mean going flat. The Bureau says it could still be averaging around the 3 metre mark by dark.

Outlook for tomorrow is for the wind to swing SE and be 15-20 kts my mid morning on Thursday, while the swell is currently anticipated to be a still useful 2-2.5 metres. And it looks likely to stay around that level through Saturday.

Go well with your day and catch lots of waves!