Grey and dull but there are waves still

Uniformly grey skies, light offshores and comparatively mild temps as the day kicked off. Tide was low at 0725 and is coming back to the high at 1345. Swell has decayed overnight but the MHL buoy was still showing
1.5 metres of 10 second SE swell at daybreak.

Outlook is for the swell to drop a little toward the afternoon, but to come back up tomorrow (although the wind could be an issue if it goes too south). Basically it looks like waves for the rest of the week, then maybe getting a little smaller on the weekend but coming back up early next week.

(Your correspondent will be watch from afar by then as he is off to the northern hemisphere for most of July. So expect lots of postcards from southern California, plus my usual over the horizon thoughts on your surf outlook)

Waves at the point looked to be mostly in the waist to chest range, but with the occasional shoulder plus set. Up the beach it looked a touch bigger. Conditions were clean although the wind definitely has some bite!

Go well one and all and keep on smilin’!

Small crew chasing the lines at the point

Set arrives for the early risers

Small but not flat Sunday

Pleasant looking morning down at Dee Why when I first checked at 0815. Swell is out of the SE at about 10 seconds apart with an average height at sea of around 1.5 metres. This was translating into waist to chest on the rideable ones at Dee Why. I reckon it might be a bit bigger around at the better exposed Curly. Wind was not a factor for the morning crew and skies were bright under large patches of mid-level cloud. Wind is set to stay light, but to become onshore and pick up into the 10-15kt range from the NE later. Tide is now headed to the next low at just before 1300.

I’m off to the Surfrider Foundation stall at Manly’s beachfront Ocean Care Day late this morning, so I reckon I’ll chuck the board in just on the off chance.

The week ahead looks only moderately hopeful surfwise at this stage. Oh well, it is early summer after all. Late week looks about the best hope for some actual surf, but we shall see…

Have yourself a great Sunday and keep on smilin’!

Weather Situation
A high pressure system near Tasmania will move gradually east across the Tasman Sea today, while maintaining a ridge into New South Wales and directing southeast to northeasterly winds along the coast. The high will remain the dominant synoptic feature until mid-week, when the next low pressure trough is forecast to approach from the west. This trough is forecast to bring a southerly change to most coastal districts during Thursday.
Forecast for Sunday until midnight
Winds
East to southeasterly about 10 knots tending east to northeasterly 10 to 15 knots in the evening.
Seas
Below 1 metre.
Swell
Southerly 1.5 to 2 metres, decreasing to 1.5 metres around midday.
Monday 2 December
Winds
Northeasterly 10 to 15 knots, reaching 20 knots inshore in the evening.
Seas
Around 1 metre, increasing to 1 to 1.5 metres inshore by evening.
Swell
Southerly 1 to 1.5 metres, decreasing to around 1 metre during the afternoon.
Tuesday 3 December
Winds
North to northeasterly 15 to 20 knots.
Seas
Around 1 metre, increasing to 1 to 1.5 metres during the afternoon.
Swell
Northeast to southeasterly around 1 metre.

Something for the early risers

If you were in the water before 0700 at Dee Why, there were waist to chest pluses at various peaks along the beach, but nothing much at the point. The incoming tide (it was low at 0620) helped and the light NW wind meant it was glassy too. Banks are still kinda variable and there seemed to be a fair amount of shutdown action. Swell was coming from the SE at a touch under the 10 sec mark with an average height at sea of about 1.5 metres.

Those numbers should mean that there are waves of some sort at any Sydney beach with reasonable SE exposure (ie most of them).

Speaking of numbers, we’ve got less than two weeks to go in the crowdfunding drive and we’re still adrift of the target. I know lots of you fine folk have been hanging back, meaning to, but not quite getting to making your pledge. Obviously you really can’t leave it much longer now. Yours truly is getting just a tiny bit nervous.

Tell you what. Would you like to see some of my rare MP footage? Well, if you make a pledge, I’ll send you an invite to Don’s Surf Party and for an ultra modest cover charge, there are a couple drinks lined up for you and lots of gourmet pizza to keep you cheerful as we show not only my 1977 footage, but something from Tim Bonython’s upcoming ASMF. Weekend show fans, you should jump in too, because the mighty Mr Simon Marnie will be MC’ing for us. So make your pledge and get your invite!

Have yourself a top old Saturday everyone.

Forecast issued at 4:10 am EDT on Saturday 12 October 2013.
Weather Situation
A high pressure ridge over the western Tasman Sea is weakening. Northerly winds along New South Wales coast will increase ahead of a gusty southerly change developing on the south coast Sunday afternoon and extending to the far north coast Monday morning. During Tuesday another high pressure ride will develop over the western Tasman Sea and winds are expected to ease.
Forecast for Saturday until midnight
Strong wind warning for Saturday for Sydney Coastal Waters
Winds
North to northwesterly 15 to 20 knots turning northeasterly 15 to 25 knots in the early afternoon then increasing to 20 to 30 knots in the evening.
Seas
Around 1 metre, increasing to 1 to 1.5 metres around midday, then increasing to 1.5 to 2.5 metres during the afternoon.
Swell
Southerly 1 to 1.5 metres, tending northeasterly 1.5 to 2 metres by early evening.
Sunday 13 October
Strong wind warning for Sunday for Sydney Coastal Waters
Winds
North to northwesterly 20 to 30 knots tending west to southwesterly in the late afternoon.
Seas
2 to 3 metres.
Swell
Northeasterly 1.5 to 2 metres, decreasing to 1 to 1.5 metres around dawn.
Weather
The chance of thunderstorms in the late afternoon and evening.
Monday 14 October
Winds
South to southwesterly 20 to 30 knots turning south to southeasterly 10 to 15 knots during the morning.
Seas
1.5 to 2.5 metres, decreasing below 1 metre during the afternoon or evening.
Swell
Southerly 1 to 1.5 metres, increasing to 2 to 3 metres during the morning.

After running a heap of errands I finally got down to south Narrabeen right on dusk. Opted to take pictures rather than go for a short surf. I set up basically in front of Marquesas and shot up and down the beach from there. The energy focus definitely shifted around quite a bit. Sometimes the southern peaks were all happening and then they’d go quiet and the northern peaks would have a turn. I only had light enough to shoot for about half an hour, but I still managed to get more than 200 frames. If you were out, check ’em out!

As always, if you want to buy one, just click on the pic to bring it up to full size, then look top left for a link to your size/price options.

Click the pic below to jump to the gallery. 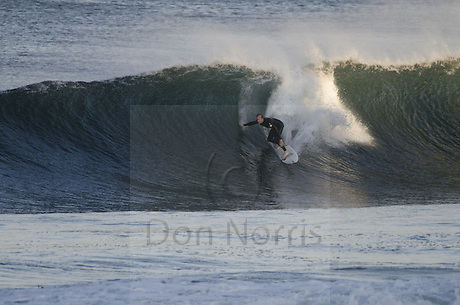 A sunny Sunday with a fading but still fun swell lighting up the south exposed beaches. Your webmaster was on the case at Curly around midday. Swell was still SE and although it was smaller than the day before, there were still some reasonably sizable sets to be had… Check out the piccies to see if I got one of you or a mate… ya never know – I shoot pretty much anyone who catches a wave and then do my best to make ’em look good!

Yep, you know the drill, all pics are available for purchase! Click either image to go to the gallery. 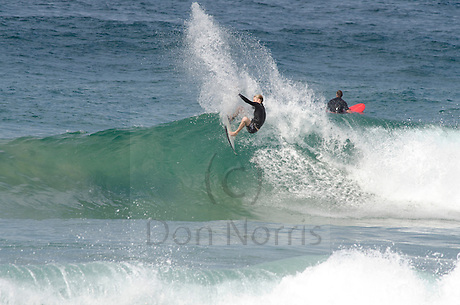 What a run of swell we had. By Thursday afternoon Huey’d backed off on the throttle, but he was still sending some juicy sections Dee Why beach’s way. And the light was perfect, so I just had to go shoot for the last hour of the day…

As usual, clicking on either of the pics below should take you to the gallery of shots I came back with. If you took off on a wave successfully the chances are good that I got a shot or two of your fine stylings. I use pretty good gear, so any of these images can be turned into an impressive big print if you want. Once you get to the gallery, just click on an image of interest to see the larger version. And look top left for the link to the price/size options. Naturally all images are sold without my watermark. 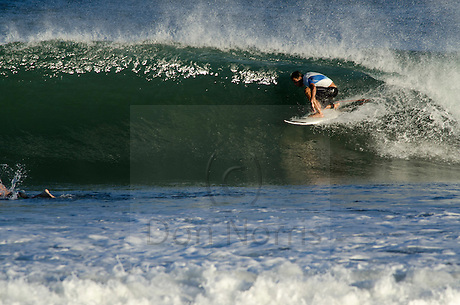 And here’s another sample from the gallery…

After shooting at Dee Why, I headed up to North Narrabeen to see what the swell was doing. A huge crew was on it and there was a bit of bounce coming off the beach, but there were some solid sets and plenty to take pictures of.

To see all the shots I grabbed between 430 and 530 pm, jump to the gallery. If you caught a wave, I probably caught you on it. And as always, all pics can be purchased simply by clicking on them and looking top left for the buying link. Oh and don’t forget, I’m offering 33% off any pic orders in January. Just enter the code HAPPYSURF when you fill in the order details. 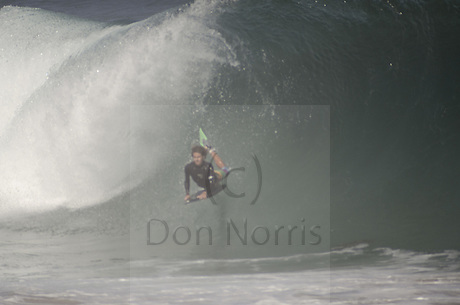 Monday afternoon and the small SE swell was creating waist to chest high plus peaks at Long Reef (just north of No Mans) for a moderate size crew. As always my goal was to shoot anyone who caught a wave – at the moment(s) they looked their best. If you were out, have a check through the gallery. There’s an excellent chance I got a shot or two for your consideration!

To get a high res version of a pic without my watermark, double click on the shot in question and then click on the add to cart link that will appear top left.

Decided to test my somewhat dodgy back with a session at Dee Why. PB and I paddled out toward the middle of the day and spent a good couple hours waiting for the occasional juicy set waves to roll through.

Here’s the interesting thing. At no point while we were out were there more than about eight people in the water. And yet it was sunny, offshore with quite good waves turning up fairly regularly. There were a few more bods over in the beachbreak, but it didn’t look exceptionally crowded either.

Since getting out of the water, I see from the MHL buoy data that Huey’s turned the power setting down from around 10-11 second period to 8. As well, the average height of the SE swell has dropped about a metre. The models say that downward trend is going to continue into tomorrow morning before the next pulse starts to fill in… we shall see…

Just climbed up into the crow’s nest for a squizz at the ol’ DY. Here are a couple shots of sets. Seem a little infrequent to me.