Morning of the Earth – LIVE at Manly

Buy tickets NOW or you could miss out!!!

A worldwide icon of surfing, this seminal 70s surfing movie, Morning of the Earth, which was originally premiered at Manly Silver Screen Theatre in 1972, is now to be reborn as a live music and film event at the iconic North Head Sanctuary as a sunset concert on the green.

Almost 40 years later, the film is still regarded as the holy grail of surf movies and soundtracks.  Created by Australian film maker, Albert Falzon, the film changed the way we relate to surfing showing that surfing was more than a sport — it was also an attitude to life.

The Morning of the Earth Live Concert event will bring to life the full-length film played as the backdrop to performances of the full soundtrack by original writers and performers Brian Cadd and Tim Gaze (Tamam Shud). They are joined on stage by Mike Rudd from Spectrum, brilliant Aussie newcomers Lior and Old Man River and a group of outstanding musicians. Together they create an atmosphere of the 70’s lived out in the sound and sight of today.
The event is a sunset concert on the green, to be held in the beautiful surrounds of North Head Sanctuary.  Set on a huge green field, amongst the old Royal School of Artillery at iconic North Head, bring your picnic blanket to soak up a beautiful summer sunset in this huge field, right on the edge of the ocean.  Food and drink for your picnic experience will be available on the site.  Organisers have also made available a concession ticket for children under 12 in an effort to encourage a family environment.
There will be free STA buses operating from all the key public transport and car parking hubs to get you to the site.  All you have to do is get yourself to Manly!

The Morning of the Earth Live Concert Event is the highlight of The Manly Festival of Surfing.  From November 5 to 8, join legends of the surf and local enthusiasts for one massive celebration of Australian culture.
In what is hoped to be the biggest festival of its kind in the Southern Hemisphere, Manly extends an open invitation to all Australians to a non-stop mix of not only board-riding itself, but of music, fashion, art, film and literature too.
Tickets for the Morning of the Earth Live Concert Event are available through www.ticketmaster.com.au and are on sale from Wednesday September 23, 2009. 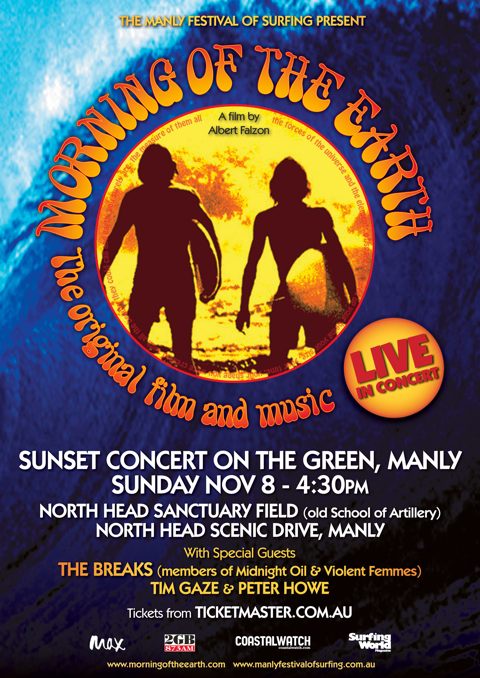 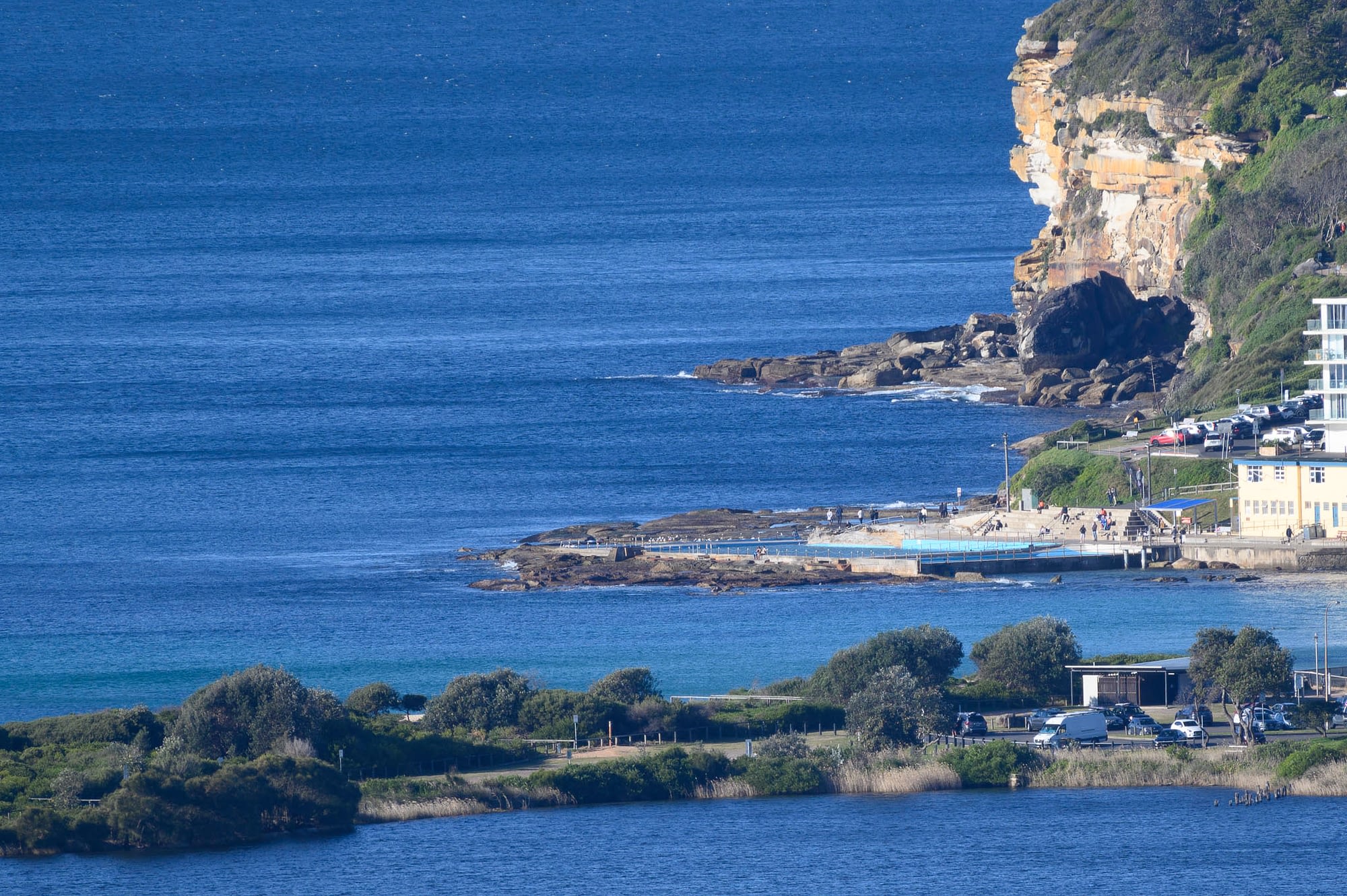 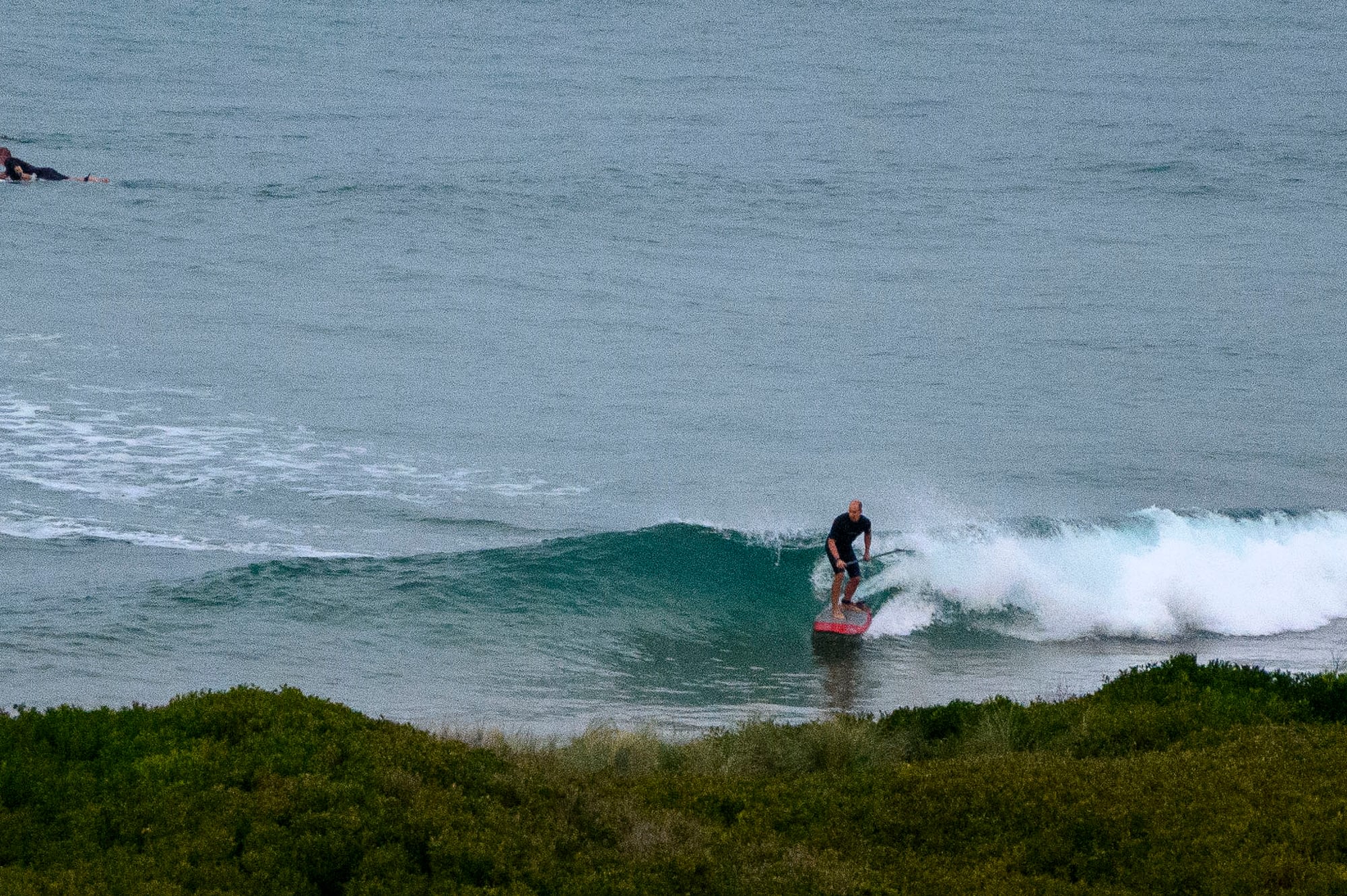