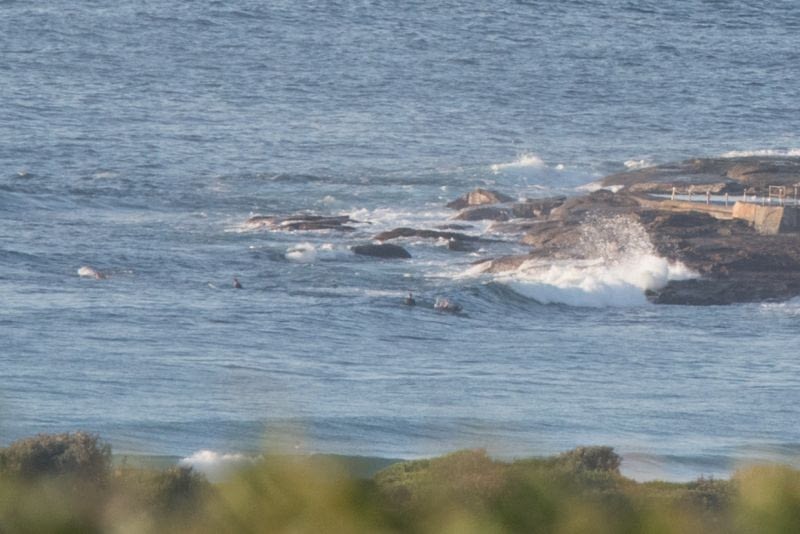 At 0600 the MHL buoy off Sydney was picking up a metre of east wind swell with a typical period of 7 seconds. When I checked Dee Why an hour later there were a few hopefuls at the point trying to get something going with the ankle to knee high lumps. I couldn’t see anyone in the water along the beach. Wind was light from the north and tide was running out to the low at 0940.

From what the Goat says, we’re in for not much in the way of excitement today, but maybe there’ll be possibilities next week…

Go well with your Friday and if you’re looking for a wave, take the longest option in your quiver!

Weather Situation
A high pressure system over the Tasman Sea is slowly moving east, maintaining a ridge along the New South Wales coast and directing southeast to northeasterly winds across coastal waters. A cold front and low pressure trough will bring a southerly change to the south coast in the early hours of Saturday, extending to the central coast during Saturday and throughout during Sunday. A low pressure trough will deepen along the New South Wales coast early next week, with a low possibly developing off the south coast.
Forecast for Friday until midnight
Winds
North to northeasterly 10 to 15 knots, reaching up to 20 knots inshore during the late afternoon and evening.
Seas
Below 1 metre, increasing to 1 to 1.5 metres during the afternoon.
1st Swell
Easterly around 1 metre.
2nd Swell
Southerly around 1 metre.
Weather
Mostly sunny. Slight (20%) chance of a shower inshore early this morning.
Saturday 16 April
Winds
Northerly 10 to 15 knots shifting south to southwesterly in the late afternoon or evening.
Seas
Around 1 metre, decreasing below 1 metre during the afternoon.
Swell
Easterly 1 to 1.5 metres.
Weather
Partly cloudy. The chance of a thunderstorm at night.
Sunday 17 April
Winds
Southerly 15 to 20 knots.
Seas
1 to 1.5 metres.
1st Swell
Southerly 1 to 1.5 metres.
2nd Swell
Easterly 1 to 1.5 metres.
Weather
Cloudy. 80% chance of showers. The chance of isolated thunderstorms.