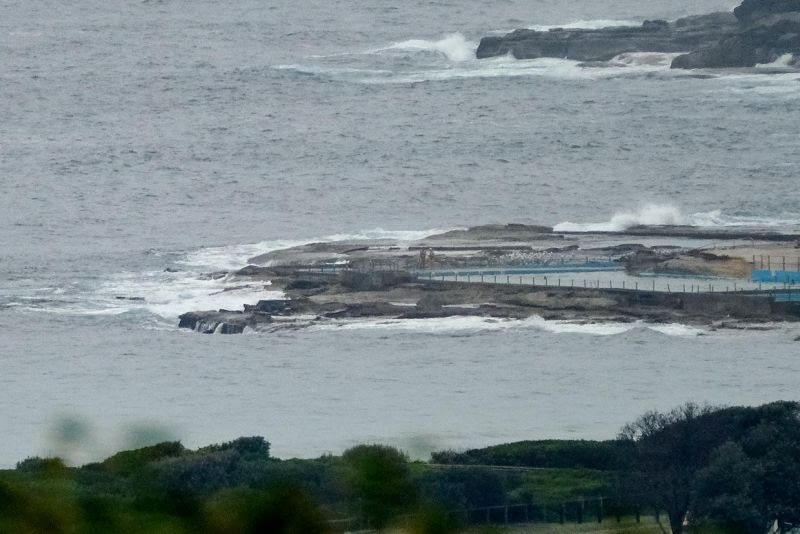 Micro Mum’s Day at Dee Why

What a difference three seconds makes. Yesterday the swell was about a metre from the east and this morning it’s the same again. But then it was 10 seconds apart and now it’s only about 7 seconds. So what had been knee to chest at magnet spots is now more like ankle to waist. And when I grabbed the pics, it looked like smaller than that at Dee Why.
Tide’s high at 0925 and wind was light early but it’s due to come up from the north along with the rain. The Bureau also says the swell should move to the NE and come up a bit as well. So maybe, possibly there’ll be something in the corners… but it’s a long shot I reckon.
The next couple of days look like being dominated by northerly to NW wind. Again, could possibly be some east swell getting into the north corners if we’re lucky.
Mid to late next week is looking moderately promising according to various models, which is a good thing.
In the meantime, have a great Mother’s Day one and all and go well!

Weather Situation
A high pressure ridge over the coast is weakening while a low pressure system is deepening in the Bight. Winds along coastal waters will shift more northerly and gradually strengthen today as a trough and associated cold front approach from the west. This system is expected to bring a gusty westerly wind change as it crosses the coast during Monday, reinforced by the passage of a second cold front on Tuesday.
Forecast for Sunday until midnight
Winds
Northerly 10 to 15 knots, reaching up to 20 knots offshore during the day.
Seas
Around 1 metre, increasing to 1 to 2 metres offshore during the morning.
Swell
Easterly around 1 metre, tending northeasterly 1 to 1.5 metres during the morning.
Weather
Cloudy. 80% chance of rain this evening.
Monday 9 May
Strong Wind Warning for Monday for Sydney Coast
Winds
Northerly 15 to 20 knots turning northwesterly in the evening. Winds reaching up to 30 knots offshore in the late evening.
Seas
1.5 to 2.5 metres.
Swell
Northeasterly 1.5 metres, increasing to 1.5 to 2 metres during the morning.
Weather
Cloudy. 80% chance of rain in the morning and afternoon.
Tuesday 10 May
Winds
Northwesterly 20 to 30 knots turning westerly during the afternoon.
Seas
1 to 1.5 metres, increasing to 2 to 3 metres offshore.
Swell
Northeasterly 1 to 1.5 metres, tending easterly around 1 metre during the evening.
Weather
Partly cloudy.