Dark and stormy morning at Dee Why 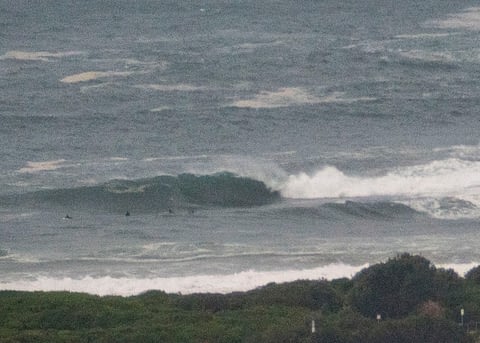 Hello Friends, One look at the pictures tells the story: it’s stormy and horrible looking at Dee Why. Out at sea it’s still 4-6 metres at 13 seconds from the SSE. Wind was 18-24 kts just before 0800. With showers. So, yeah, nah. It should stay SW during the day, but then go SE late […]

Very wild and woolly at Dee Why 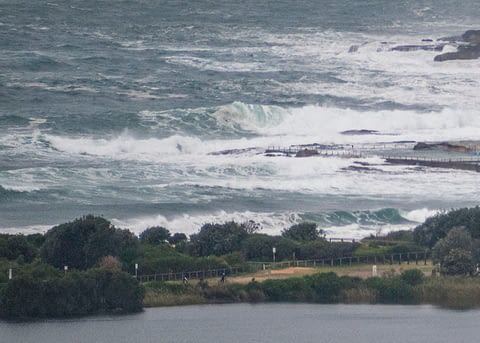 Hello Friends, The pictures tell the story. You’d have to be pretty confident to battle your way out at Dee Why for some big, shifty, lumpy, windblown waves. Put Dee Why on hold for today. There might be a wave around at Collaroy like yesterday, but other than south Steyne and maybe the Bower or […]

A squillion people at the pool but it’s really mals only and quite inconsistent. Just up from the pipe it’s a different story. Fewer people and way punchier, but though photogenic it’s shutdown city.

Dee Why being big

Hello Friends, Bitterly cold by Sydney standards this morning, but from the look of the radar the rain is now offshore as the low gets itself organised. Point seems to be going off. In a rush to get out the door so more later…

The Goat’s Surf Forecast Surf forecast issued Thursday 21 May 2020: Seven day outlook for Sydney After spending a great deal of time analysing all sorts of stuff, it looks like it’s gunna be Cold, and Wet, and Windy, and Big… for several days. Unless you like that kind of thing… and who doesn’t (!??!),,, […]

Batten down the hatches

Hello Friends, Not much happening as Thursday got started, but the skies looked to be clouding over as the front approaches. It’ll be rainy later as the wind starts to come up. Surf prospects will dim today according to the Bureau, but tomorrow could be pretty crazy on both the wave and weather scores. Beyond […]

Hello Friends, Not much happening surfwise this morning at Dee Why. Wind was coming from the north when I climbed aloft to grab the snaps. The wind should pick up this morning and go more NW this afternoon. Swell was less than a metre from the east-ish at 12-13 seconds as of 0900. The Bureau […]