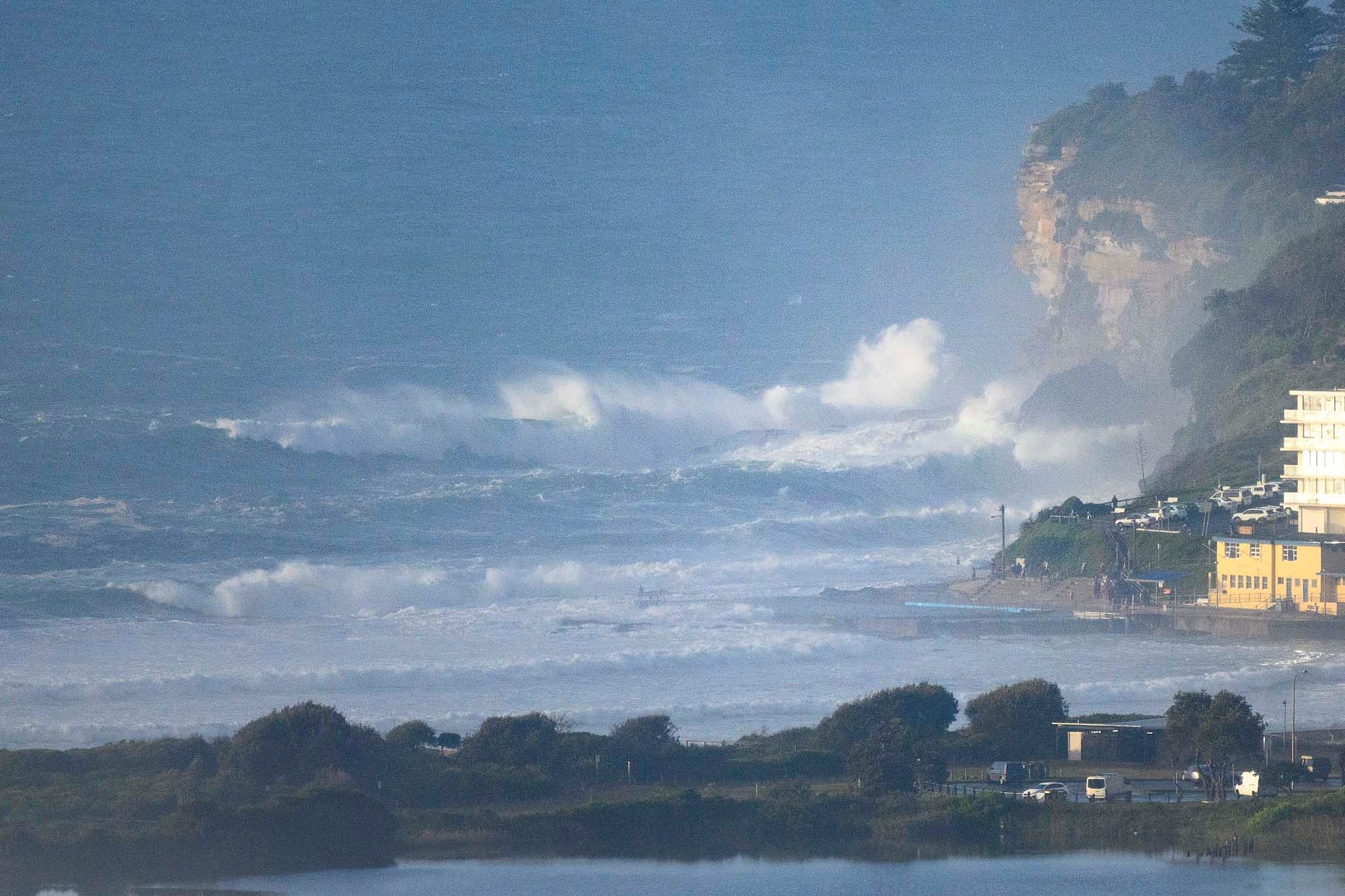 Wild and crazy this morning as big ECL energy smashes into the Sydney coast. Swell at sea as of 0740 was 4.3 metres at 12 seconds apart from 90°. Wind was coming from the SSE at 9-10 kts, so as you can see, the ocean was extremely rough. A good day for ocean watching, but not so good for surfing. In fact, it’s only for the super fit and experienced (assuming you can find something smooth enough to ride)

The water is likely to be sketchy at many spots thanks to all the rain.

Speaking of sketchy water, I reckon there might be a wave at Neilsen Park if you don’t mind risking your health in the harbour swill.

I’m heading out with the camera later, so check back for a few more snaps.

Weather Situation
A low pressure system lies on a deep coastal trough off the New South Wales coastline. The low, together with a high in the Great Australia Bight, will work together to generate fresh to strong south to southwesterly winds along the coast today, and an large easterly swell. Conditions are expected to ease from this evening as the low weakens and slips south.

Forecast for Friday until midnight
Winds
Southerly 20 to 25 knots turning southwesterly 15 to 25 knots in the morning.
Seas
1.5 to 2.5 metres.
1st Swell
Easterly 4 metres, decreasing to 3 metres by early evening.
2nd Swell
Southerly around 1 metre.
Weather
Partly cloudy. 80% chance of showers. The chance of a thunderstorm.
Caution
Large and powerful surf conditions are expected to be hazardous for coastal activities such as crossing bars by boat and rock fishing.