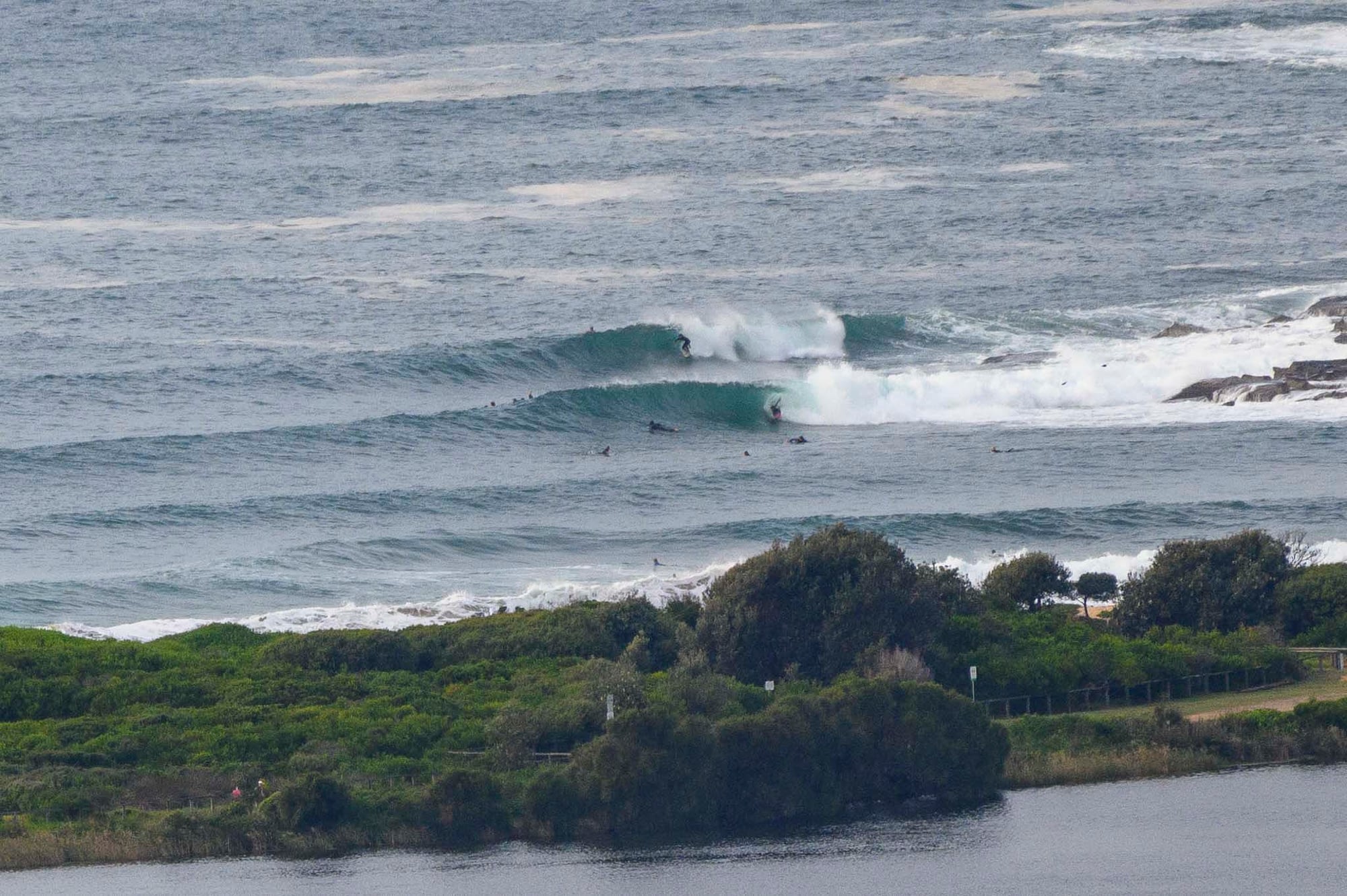 Beginners should sit it out for a bit longer, but everyone else should be able to find something to challenge their skill levels this morning along the beaches. Swell is straight east at 1.9 metres with an 11-second period and wind is coming lightly from the west under overcast skies. It may not be sunny, but the waves are quite good by Sydney standards. Unsurprisingly there are substantial Sunday crowds, so expect to wait your turn wherever you get in.

Tide is on the other side of the 1.5m high at 0640 and is currently headed to the 0.5m low at 1250. Winds should be mellow and out of the westerly quarters all day. That said, the south corners will start to bump up as it gets NW in the afternoon.

Swell should fade steadily across the day, but there’s no threat that it’ll go flat on us.

Tomorrow will definitely be smaller again, but with luck we’ll get another surf day.

Go well everyone and happy Mother’s Day to mums everywhere!

Weather Situation
Surf conditions continue to ease as the low off the New South Wales coast weakens and moves towards New Zealand. A weak ridge of high pressure will prevail during the weekend, before a vigorous cold front sweeps across NSW early in the new week, bringing south to southwesterly winds to coastal waters.

Forecast for Sunday until midnight
Winds
Southwesterly 10 to 15 knots decreasing to about 10 knots in the morning then becoming north to northwesterly in the early afternoon.
Seas
Below 1 metre.
Swell
Easterly 2 metres, decreasing to 1.5 metres during the morning.
Weather
Partly cloudy.