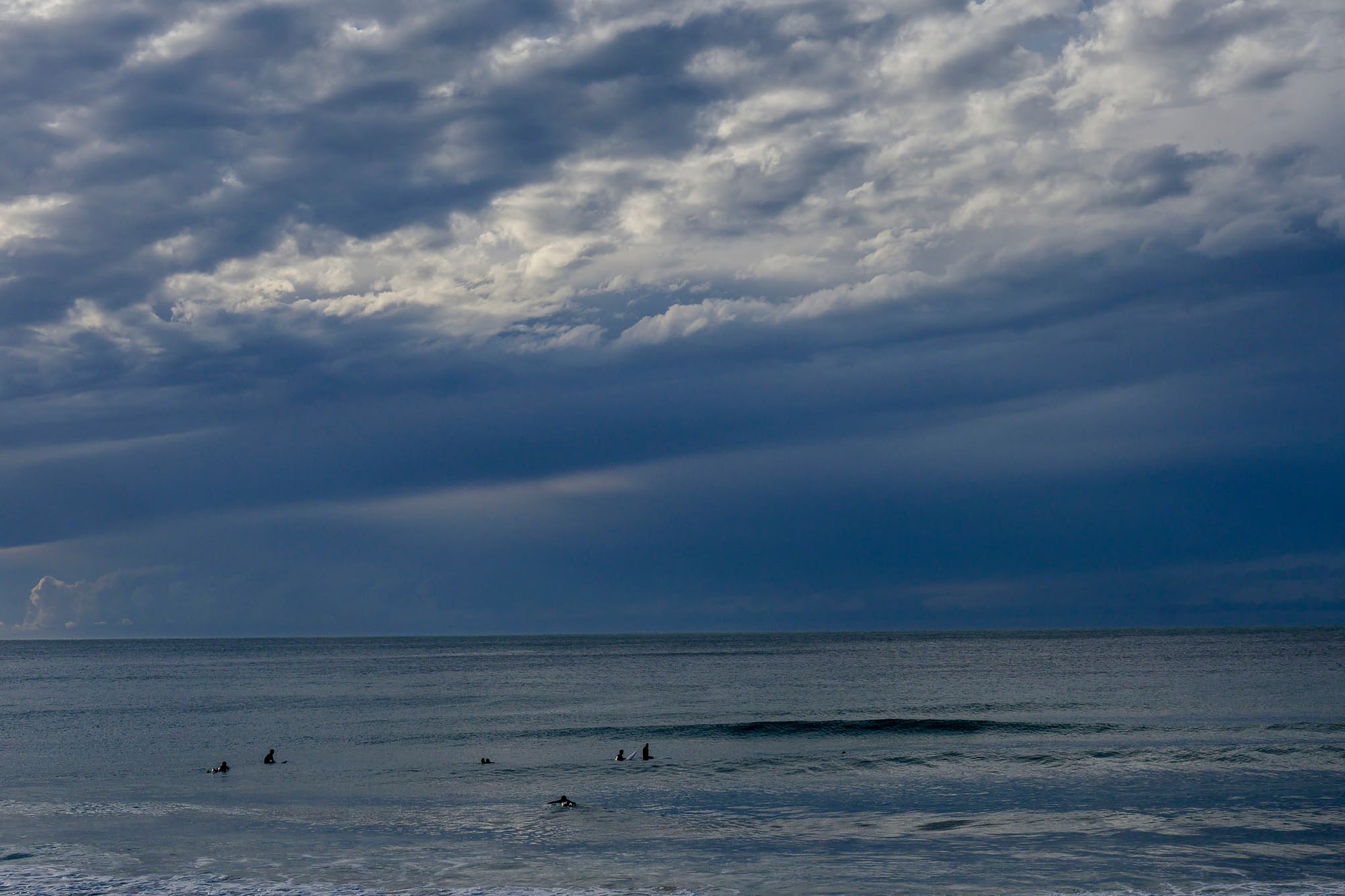 Another day of microscopic surf conditions for World Ocean Day. The best wave I saw was the one shown below at Queenscliff. Super clean and pretty, but very short period – and the crew on ’em were doing a lot of waiting. Air temp was 11C but the 15 kt WNW made it feel even colder. You had to be keen.

Swell at sea was under a metre and coming from the NE at around 7 seconds apart. Ocean temp is on 19C.

Some of the models are showing a little bump in energy levels tomorrow and Friday, but looking at the ocean now, I don’t know…

Have yourself a good one!

Winds
Northerly 10 to 15 knots tending northwesterly 15 to 20 knots in the morning. Winds reaching up to 30 knots offshore in the evening.
Seas
1 to 1.5 metres, increasing to 1.5 to 2.5 metres during the morning.
Swell
Northeasterly 1 to 1.5 metres.
Weather
Partly cloudy. 95% chance of showers. The chance of a thunderstorm during this afternoon and evening.

Winds
Northwesterly 15 to 20 knots turning west to southwesterly 20 to 30 knots during the day.
Seas
1 to 1.5 metres, increasing to 1.5 to 2.5 metres during the afternoon or evening.
Swell
East to northeasterly 1 to 2 metres.
Weather
Cloudy. 90% chance of showers.