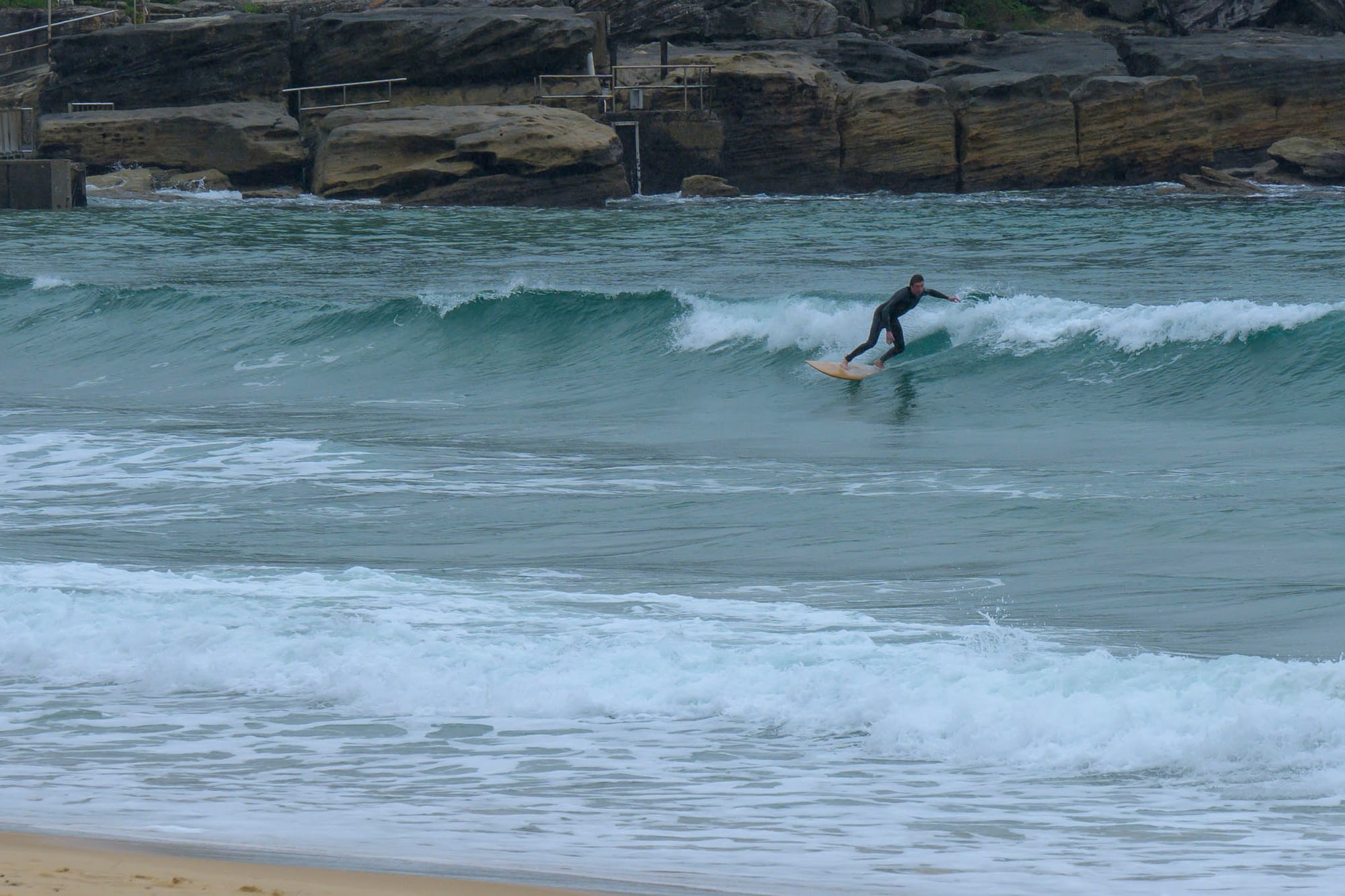 Cold enough for you?

Grey skies and a balmy 8C as of 0800. Ocean was smooth but still mostly microscopic. Out at sea the swell is up over the metre mark at 9 seconds from the NE. Tide was high at 0810 and will be back to low at 1445. Wind started texturing it up by 10, apart from a couple of stalwart hopefuls, the beaches from Manly to Dee Why were empty of surfers.

The Goat will roll out his forecast later today, so check back to see what he thinks of the coming week’s prospects.

Have a great Thursday and stay warm! 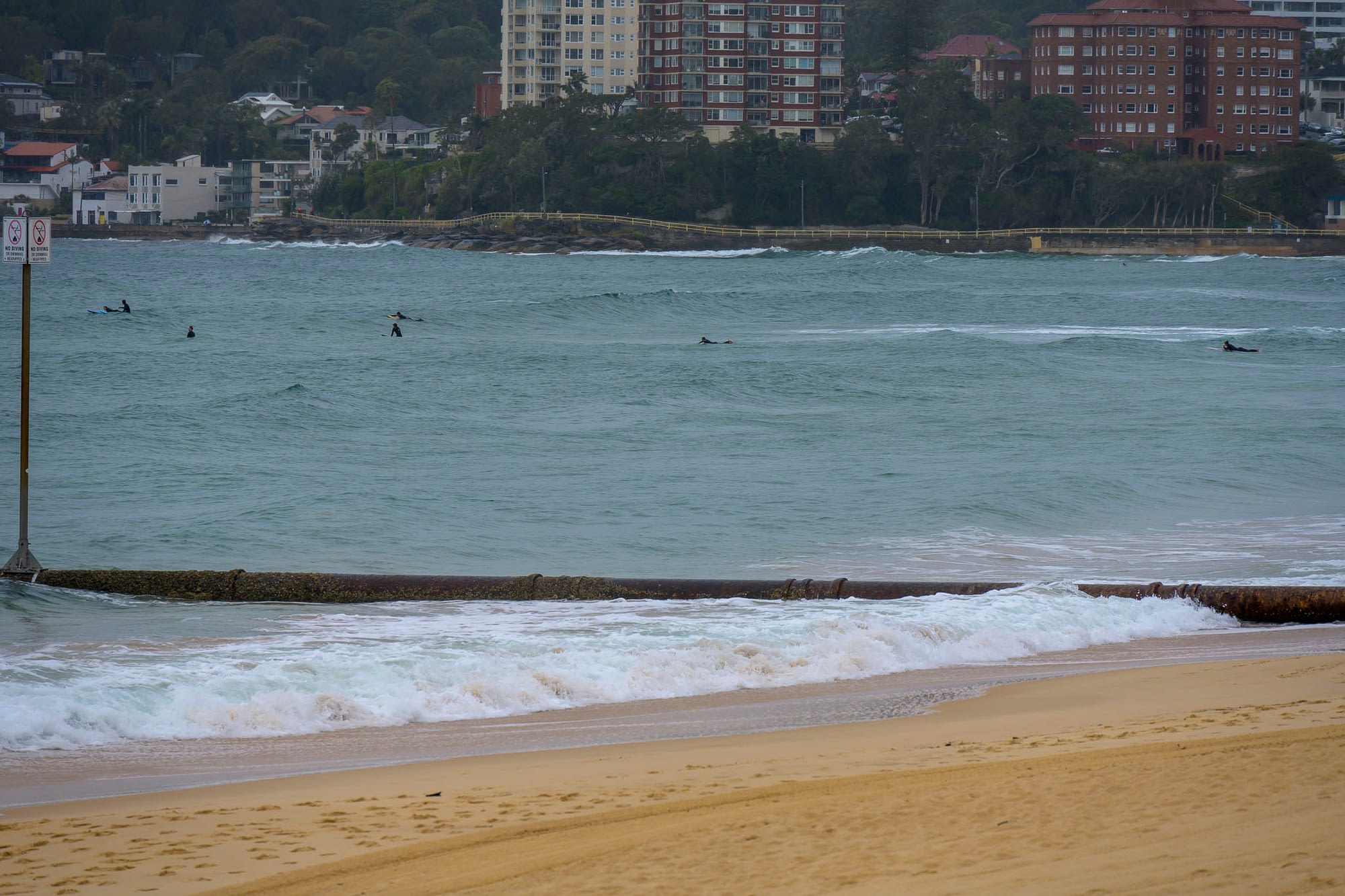 Less than amazing at Manly

Winds
North to northwesterly 15 to 20 knots, reaching up to 30 knots offshore.
Seas
1.5 to 2.5 metres, decreasing to 1 to 1.5 metres by early evening.
Swell
East to northeasterly 1 to 2 metres.
Weather
Cloudy. 95% chance of showers. The chance of a thunderstorm offshore early this morning.