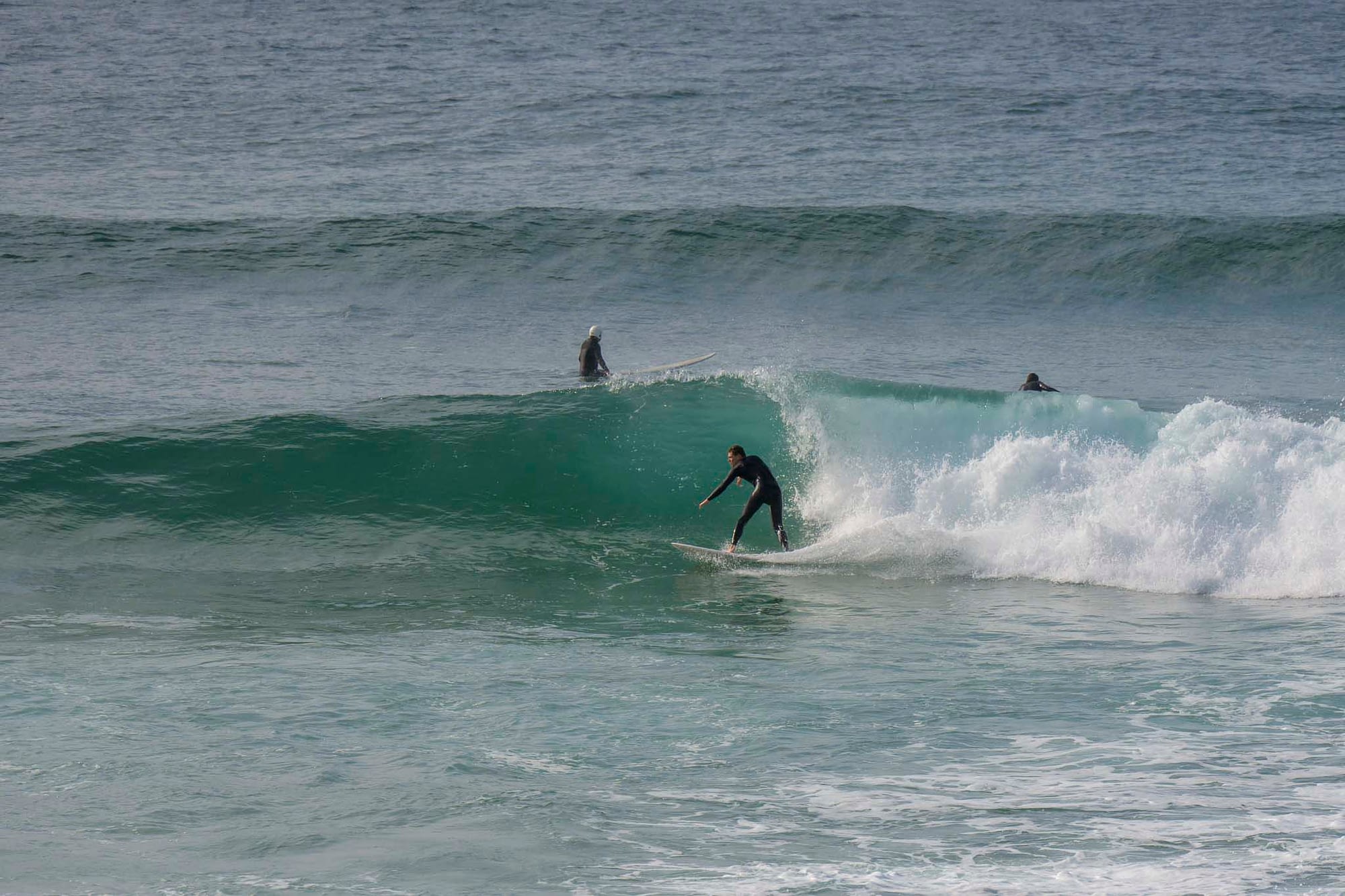 The numbers tell a story. Swell period was nearly 13 seconds from the SSE, but average height was less than a metre out at sea. So, there are still a few shoulder high wave faces at optimal exposures such as south Curly where the picture above comes from. Mostly though this morning it was a case of longish waits for waist high catchable ones.
First tide of the daylight hours is a 1.6m high at 1030. It’ll be back to low at 1635. Ocean is 19C according to Beachwatch and today should see a summery high of 24C.
It’s Friday, so that means we can jump straight to the Goat’s surf forecast for the latest pearls of surf wisdom about our wave prospects for the coming week…
Stay safe everyone, mask up and sort the jab if you haven’t already. 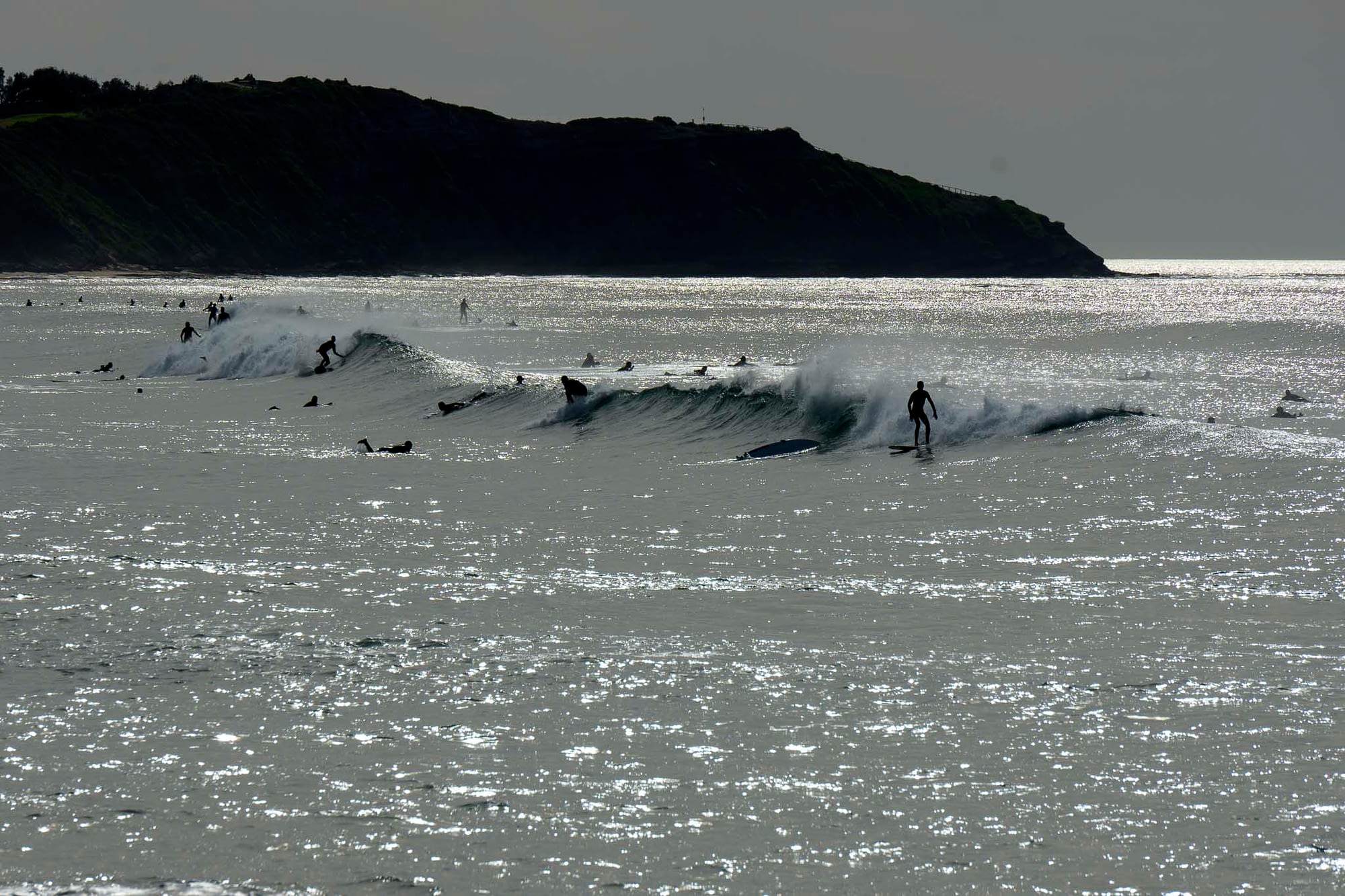 Winds west to northwesterly with a ridge of high pressure sits over northern NSW and a cold front through Bass Strait. The front will bring a southerly change to southern waters Friday morning, tending strong on the Eden coast, and reaching Hunter waters Friday afternoon, before stalling near Seal Rocks. North to northwesterly winds then return throughout on Saturday as the high moves over the Tasman Sea and the next front approaches from the west. The next front is expected to reach the southern waters on Sunday.

Winds
Northerly 15 to 20 knots shifting west to southwesterly 20 to 30 knots during the afternoon.
Seas
1.5 to 2.5 metres.
Swell
East to northeasterly around 1 metre.
Weather
Sunny.