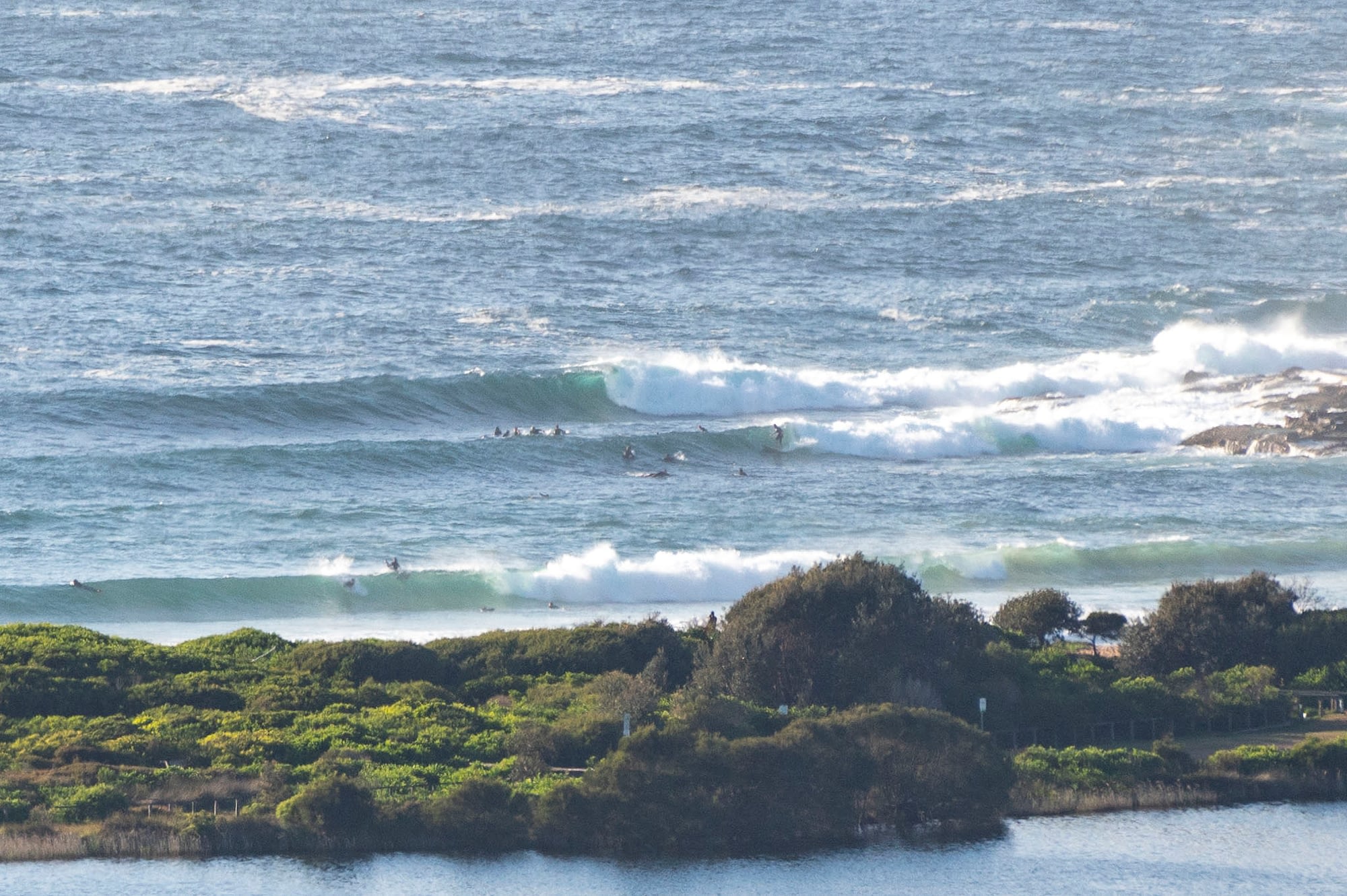 Wind was blowing SSE until just on daybreak, but since 0700 has been light westerly. The Bureau says it’ll swing SW and then back to SE around midday. As the pictures show, there were chest to shoulder high sets hitting Dee Why before 0800. Swell at sea was 2.8 metres from dead south at 9-10 seconds apart. Tide was low at 0510 and will hit a 1.6m high at 1145 on what should be a partly cloudy day with a high of 22C. Beachwatch reports good water quality and a sea temp of 20C. 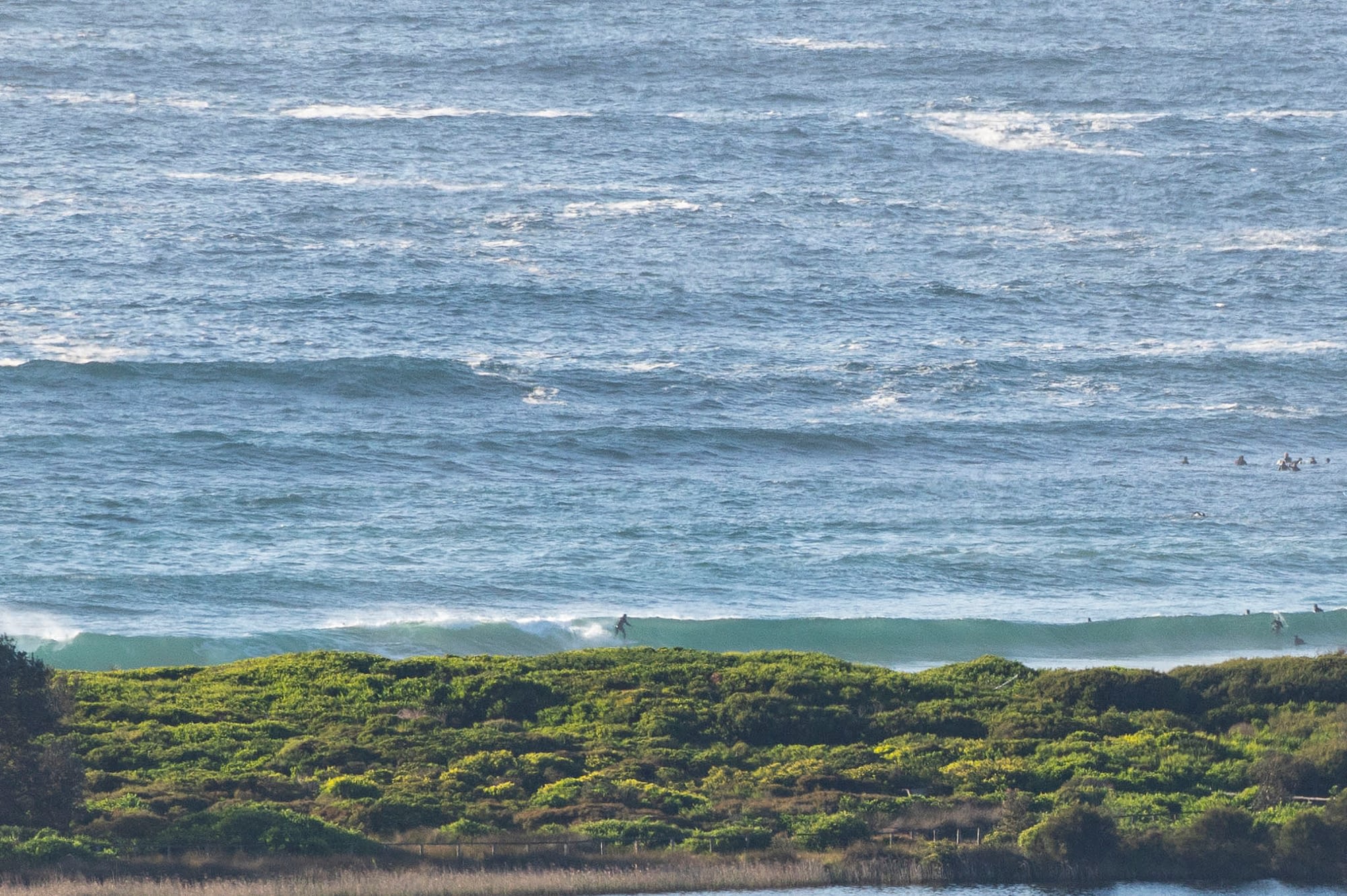 A low pressure system to the east of Tasmania is bringing strong to gale force winds to the far southern coast today. Winds are expected to ease on Tuesday as the low moves away to the east, and then turn northeasterly on Wednesday ahead of an approaching trough.

Winds
South to southwesterly 10 to 15 knots becoming south to southeasterly 10 to 15 knots in the middle of the day. Winds reaching up to 20 knots inshore in the late afternoon.
Seas
Around 1 metre.
1st Swell
Southerly 2 to 2.5 metres.
2nd Swell
Easterly 1.5 metres, decreasing to around 1 metre during the morning.
Weather
Partly cloudy. 50% chance of showers this morning.

Winds
Southerly 10 to 15 knots turning easterly in the late afternoon.
Seas
Below 1 metre.
Swell
Southerly 2 to 3 metres inshore, increasing to 2.5 to 4 metres offshore during the morning.
Weather
Partly cloudy.
Caution
Large and powerful surf conditions in the morning are expected to be hazardous for coastal activities such as crossing bars by boat and rock fishing.

Glassy little ones for Tuesday morning