Heavy overcast again with occasional showers and 16-21 kts of SSE wind as of 0630. There’s more energy showing at Dee Why thanks to 2.3 metres of 8-second east wind swell. But, obviously, surface conditions are very lumpy and messy. So, yeah, you could surf it… if you’re really keen. I think most of us will make other plans for the day.

Wind’s expected to go easterly around dark and then to blow through the night. Tuesday should be less windy but still onshore. Then Wednesday morning we might get a light wind regime for the early, but the swell’s expected to have faded back into the metre and a bit range by then. Yeesh.

Go well with your Monday everyone!

A trough of low pressure near the Mid North Coast directs a brisk southeasterly airstream to its south, while a high pressure system over the Bight moves slowly east. During Monday, the trough is expected to briefly deepen into a low pressure system near the coast, then weaken as the high reaches the southern Tasman Sea. Winds are then expected to tend northeasterly across the coast on Tuesday, with the next change forecast to affect southern waters on Thursday. 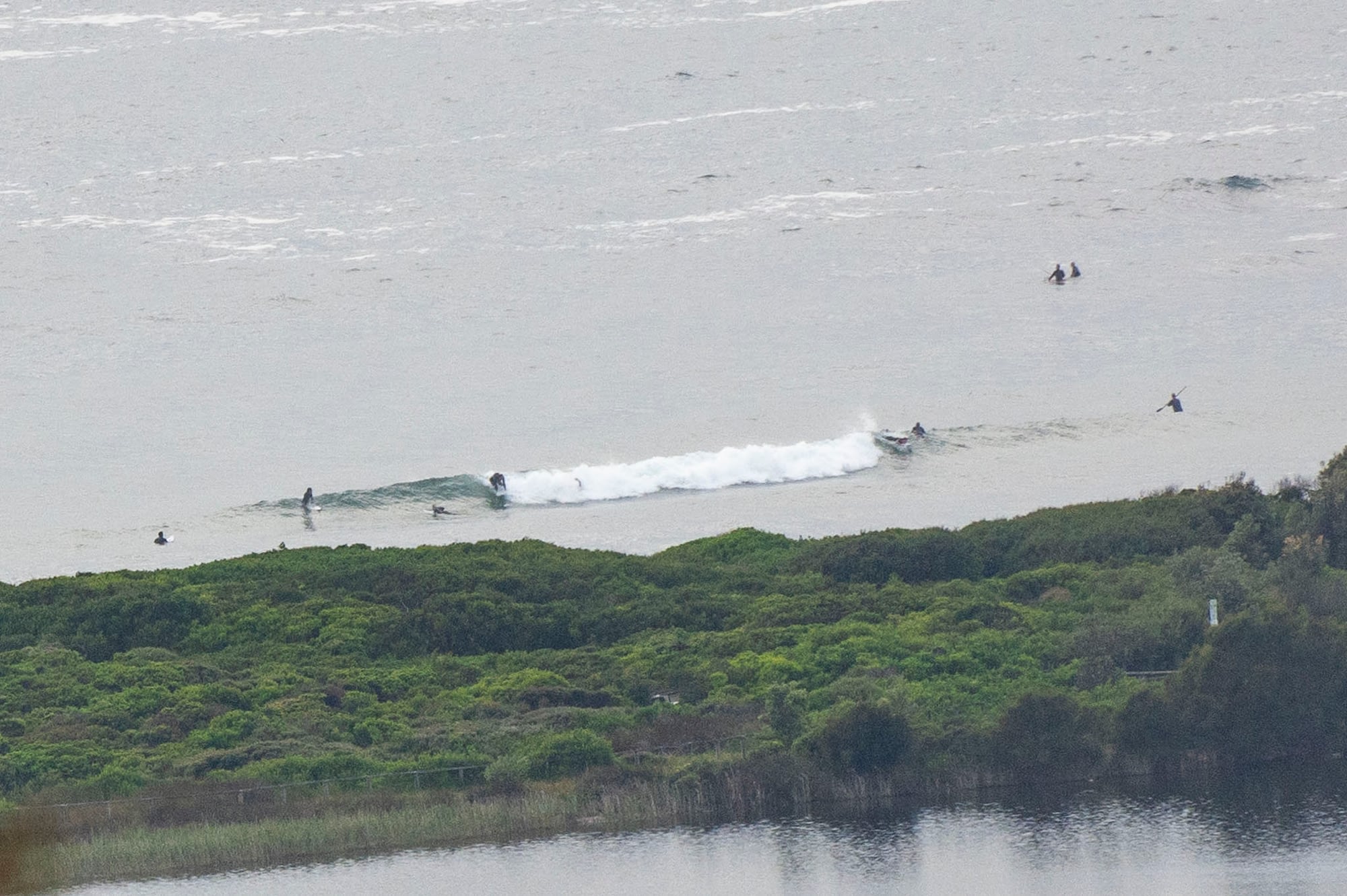 Glassy little ones for Tuesday morning