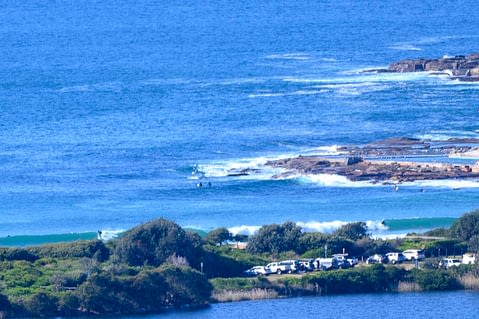 Hello Friends, Another beautiful morning along the beaches. And it looks as though all of us with solar panels will be pushing lots of surplus free juice back to the network – which is another way of saying that we’re in for a sunny day with a high of 24C. As you can see from […] 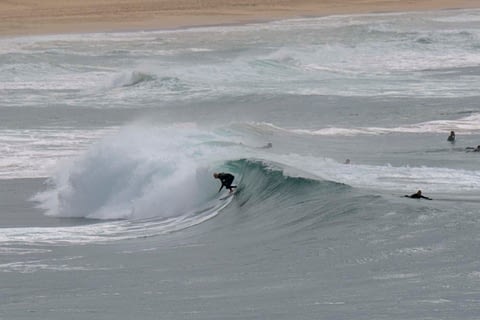 Hello Friends, Passing showers this morning seem to have damped the crowds for the early session at Dee Why. Wind was WNW at 11-15kts before 0800, but the southerly was smashing into Wattamolla at 22-28 kts, so the comparatively approachable conditions were about to disappear. It’s Thursday, so that means we can look forward to […]

Hello Friends, Windy old morning along the coast as Tuesday got into gear. It was SSW and pushing along at 24-37 kts by 0900. As you can see from the pics, Dee Why is comparatively protected, but there’s not much swell energy around. Swell is dead south and while it’s a couple of metres at […]

Hello Friends, Off to a late start around RealSurf HQ this morning. But then again, surf is pretty much gone where Dee Why’s concerned. Out at sea the swell was 1.5 metres dead south at just 7 seconds apart. So, even the magnets will be really tiny. Tomorrow’s shaping to be no better surfwise, but […]

Hello Friends, Heading for a hot couple of days with a predicted high of 29C today and tomorrow. Down at the beach the swell was coming from the SSE at 1.7 m and a typical period of 11 seconds. This was translating into waist to chest high sets at the point and chest to head […]

Hello Friends, The numbers tell a story. Swell period was nearly 13 seconds from the SSE, but average height was less than a metre out at sea. So, there are still a few shoulder high wave faces at optimal exposures such as south Curly where the picture above comes from. Mostly though this morning it […]

Hello Friends, Go’n’orf this morning at Dee Why. Heaps of folks on it at the point and good numbers in the rather intense looking beachies north from there. Not a morning for beginners or even slightly wobbly intermediates. Sets looked to be 1.5x overhead and when I watched, it was quite consistent too. Wind was […]

Hello Friends, Swell’s faded again overnight and this morning sees much less activity at the point and lined up, shutting down waist to chest high sets along the beach. Out at sea the swell was 1.3 metres at 10 seconds apart. It was coming from 166° (SSE). As expected, the outlook for the next few […]

Hello Friends, Another busy morning in the water for those in the Dee Why bubble. It’s dropped since yesterday, but there were still a few sets into the head high range at the point and along the beach. As of 0930 wind at North Head was coming from the NW at just 3-5 kts and […]

Hello Friends, Wind was gusting pretty hard at RealSurf HQ this morning. It was WSW 18-15 kts down at North Head, but at 100 metres of altitude  where I am, it was hard to stand up. Swell looked raw, rugged and big at Dee Why and out at sea, the wave rider buoys were seeing […]