Dee Why beach gallery of Sat shots and a video

After going for a quick surf myself, I set up the camera and snapped a couple hundred frames of ordinary surfers catching Dee Why beach waves on Saturday morning.
You can see all the pictures I took by clicking here and jumping to the gallery. And remember, if someone catches a wave, I generally try to get a decent shot of them at the peak moment(s) and I don’t just take pictures of the best surfers. Anyone’s fair game!
The short video below will give you an idea of the conditions.

Driving turn in the late afternoon light of Dee Why

What more can you say, but that it was pumping! I shot over 150 pics in an hour from about 415pm on Friday afternoon. I’d already sampled Huey’s wares and was keen to capture some of my fellow surfers having fun. If you were in there’s a good chance I got your picture!

Check ’em all out here.

PICS by Don: Wed Dee Why point from the water

It was International Surfing Day and to celebrate I went for a quick splash at Dee Why point. As I had the Lumix TS20 along, I also took the opportunity to grab a few snaps of my fellow surfers. Enjoy!

See all the pics in this gallery here

See all the pics in this gallery here

The biggest problem with shooting surf pictures is that most people are totally unaware that I’ve taken their picture.

Like me, most folks probably assume that surf photographer on the beach is taking shots of someone else and not them!

So, I thought I’d grab cameos from my latest surf photography session at south Curly on Sat 3 Sept 2011 and post them here in the off-chance people will see themselves or a friend – and then go check out the complete gallery by clicking here!

PICS: ya really missed it (or maybe you didn’t!)

Was out and about with my camera on Monday morning the 14th of March and stopped by Curly to see what the little east windswell was doing. I got there about 0915 and was bummed to discover I shoulda thrown the board in the car. It was mostly around the waist high mark, but there were definitely a few bigger than that. Anyway, I stuck around and shot pictures until the southerly came in a little before 1000 and obliterated the place.

In the end I came back with over a hundred shots. To see ’em all, just click on the picture below. As usual, all shots are available in a variety of sizes at extremely reasonable prices. Once you get there, just click on an image and then look top left for the buying options link. 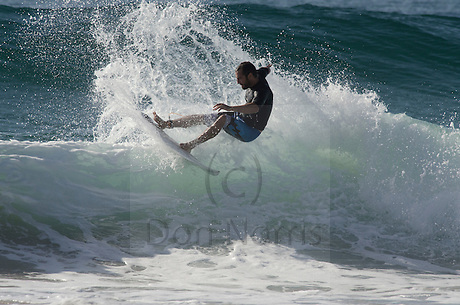 Got out and about with a camera this morning at Curly where the swell seemed to be up to the most good.  I got there around 1000 (looks like it was just after Doug from wozthatyou finished!) and worked my way from one end of the beach and back again over the next 1:15hrs. Came back with a couple hundred snaps for my gallery.

If you were in the water during that time, have a look through the pics. And if you were there earlier, go check Doug’s shots!

As per usual all pics are for sale. Just click on the one you’re interested in and then look for the buying options link top left. 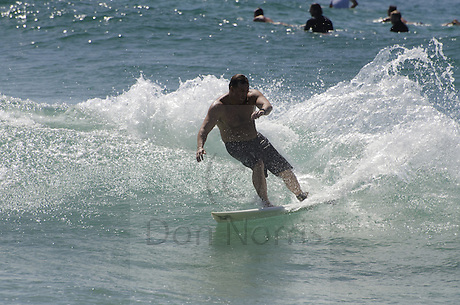 Second day of the big south swell and I decided to head up to Avalon for a look. Some good size sets coming in and a hardy crew were on it. I set up in front of the SLSC and fanged off a few frames of the action which I’ve now put into a gallery. Check ’em out!

Weekend warriors weren’t put off by the somewhat junky conditions mid-morning at No Mans and Long Reef on Sunday 29 August. Sets were into the shoulder high range and there were lots of people having a go. I set up just south of the Dee Why lagoon entrance and grabbed a few shots of people catching the softish but occasionally fun waves on offer before the wind became too much.

Monday afternoon and the small SE swell was creating waist to chest high plus peaks at Long Reef (just north of No Mans) for a moderate size crew. As always my goal was to shoot anyone who caught a wave – at the moment(s) they looked their best. If you were out, have a check through the gallery. There’s an excellent chance I got a shot or two for your consideration!

To get a high res version of a pic without my watermark, double click on the shot in question and then click on the add to cart link that will appear top left.

Lotta bods in the water, but there were some surprisingly good looking waves. As usual, if you see yourself in one of these high res shots and want to get one without the watermark, just double click on it and look for the add to cart link to check out the ultra reasonable pricing!