Grey skies, small and junky but not totally flat 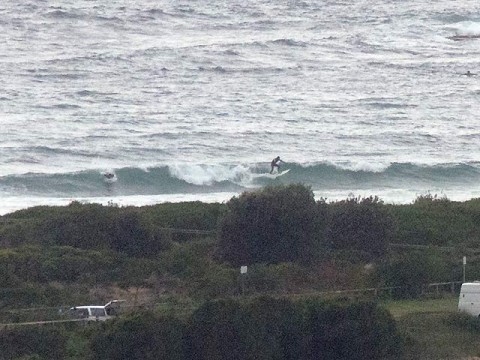 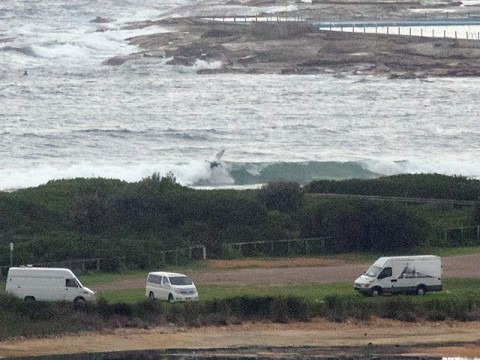 Just a quick note for now to say that there are waist plus sets to be had amongst the choppy greyness of Friday morning. Wind is south 10-20 kts, swell is mainly south (but there’s NE in it too). The south component is around 2 metres at 7 seconds though.

Have a great Friday everyone!

Forecast issued at 4:10 am EDT on Friday 29 November 2013.
Weather Situation
A cold front will continue to move along the northern parts of the coast today, reaching the north coast by evening. Fresh to strong north to northeasterly winds are expected ahead of this front, with winds changing to a southerly direction behind and strengthening. Southerly winds moderate and then tend southeasterly into the weekend as a high pressure system, currently located over the Bight, moves east and becomes the dominant weather feature moving over the Tasman Sea into the new week.
Forecast for Friday until midnight
Strong Wind Warning for Friday for Sydney Coastal Waters
Winds
Southerly 20 to 30 knots.
Seas
2 to 3 metres.
Swell
East to southeasterly around 1 metre, tending northeasterly 1 to 1.5 metres before dawn, then decreasing to around 1 metre around midday.
Saturday 30 November
Winds
Southerly 15 to 25 knots tending southeasterly 10 to 15 knots in the late evening.
Seas
2 to 2.5 metres, decreasing below 1.5 metres during the morning.
Swell
Northeasterly below 1 metre, tending east to southeasterly 1 to 1.5 metres before dawn, then tending southerly 1.5 to 2 metres during the morning.
Sunday 1 December
Winds
Southeasterly 10 to 15 knots decreasing to about 10 knots during the morning then tending easterly during the day.
Seas
Below 1 metre.
Swell
Southerly 1.5 to 2 metres.