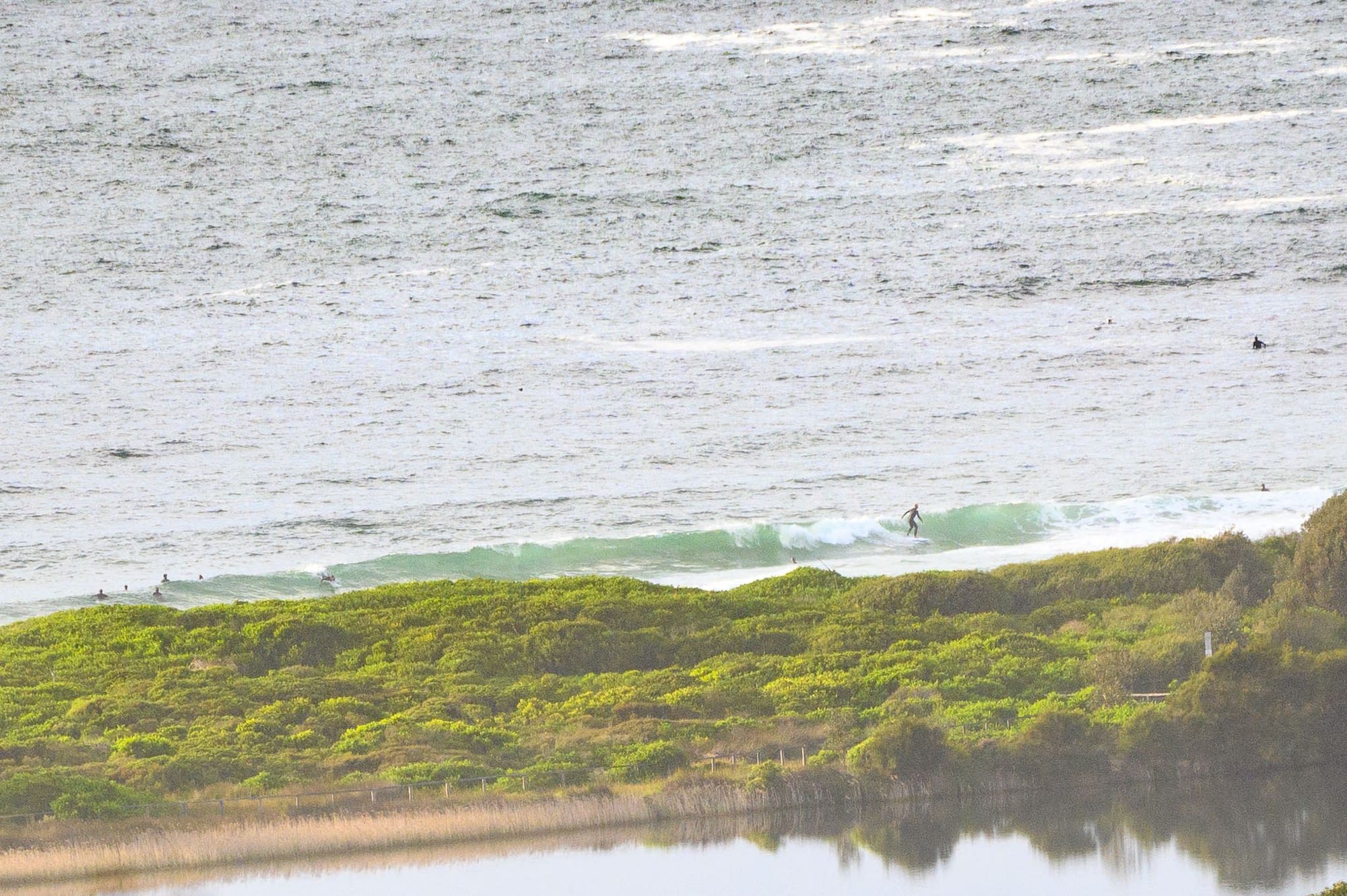 The pictures tell the story. There are knee to waist high waves thanks to a 10 second, 1.9m straight south swell, but the surface was already getting textured by a light but steady 5-7 kts of ESE wind at daybreak. The forecast says the wind will stay SE across the morning and then swing the NE. So, the lumpy, bumpy and marginal conditions aren’t going to change. Weather should be partly cloudy as we head to a high of 22C, water is on 19C and first tide of the day is a high of 1.79 m at 1015.

Surf outlook you ask? Well, the Great and Esteemed Goat has inspected the runes and made his pronouncements. Gaze upon them and be enlightened!

I’m going to re-up my appeal to comment on the seawall from yesterday, in case you missed it…

A little favour to ask this morning…

As most of you will know, the Council is currently building a seawall along the Collaroy Narrabeen stretch. If you’ve had a walk along there, you’ll also know that it involves the installation of vertical concrete wall as a first step. They’ll then tip boulders in front of the wall and push the sand back up over it. But the problem is that this particular design seems to have come about very late in a process that’s been going on for years to determine the best balance of public and private interests.
My take is that the wall cuts the beach width dramatically. The natural slope of the dunes goes well west of the wall, so I think, based on experiences from around the world, that this will gradually turn into a continuously exposed boulder barrier, a dramatically narrower beach that will disappear altogether with greater frequency as storm intensity relentlessly increases due to our inaction on climate change and as the sea level rises.

We will have given up the beach to protect the interests of those fortunate enough to own property on what used to be coastal dunes. In coming years the wall will likely have to be extended as the wave processes gouge out the unwalled dunes from north of the Marquesas buildings.

So, here’s the thing. The next stretch of wall <a href=”https://eservices.northernbeaches.nsw.gov.au/ePlanning/live/Public/XC.Track/SearchApplication.aspx?id=2014352″>has reached the DA stage</a> and you can still comment on it (comments close on the 9th) by going to this <a href=”https://eservices.northernbeaches.nsw.gov.au/ePlanning/live/Public/XC.Track/Submission.aspx?id=2014352″>Submission page</a> and sharing your thoughts.

Surfrider Foundation Northern Beaches has posted an explainer on the subject (see below), so maybe check that out before you make your comment. Oh, and by the way, the comment form has one of those Captcha things and general experience is that it can take a few tries to get your submission to go through. I got it on my second go but others needed three or four tries.

Please find 10 minutes today to pitch in and help out with your comments. And on that, it’s important to remain polite and to mention your connection to the Collaroy-Narrabeen beach and the Northern Beaches in general. Should be easy for surfers from around here as we’ve all enjoyed the waves there at one point or another! 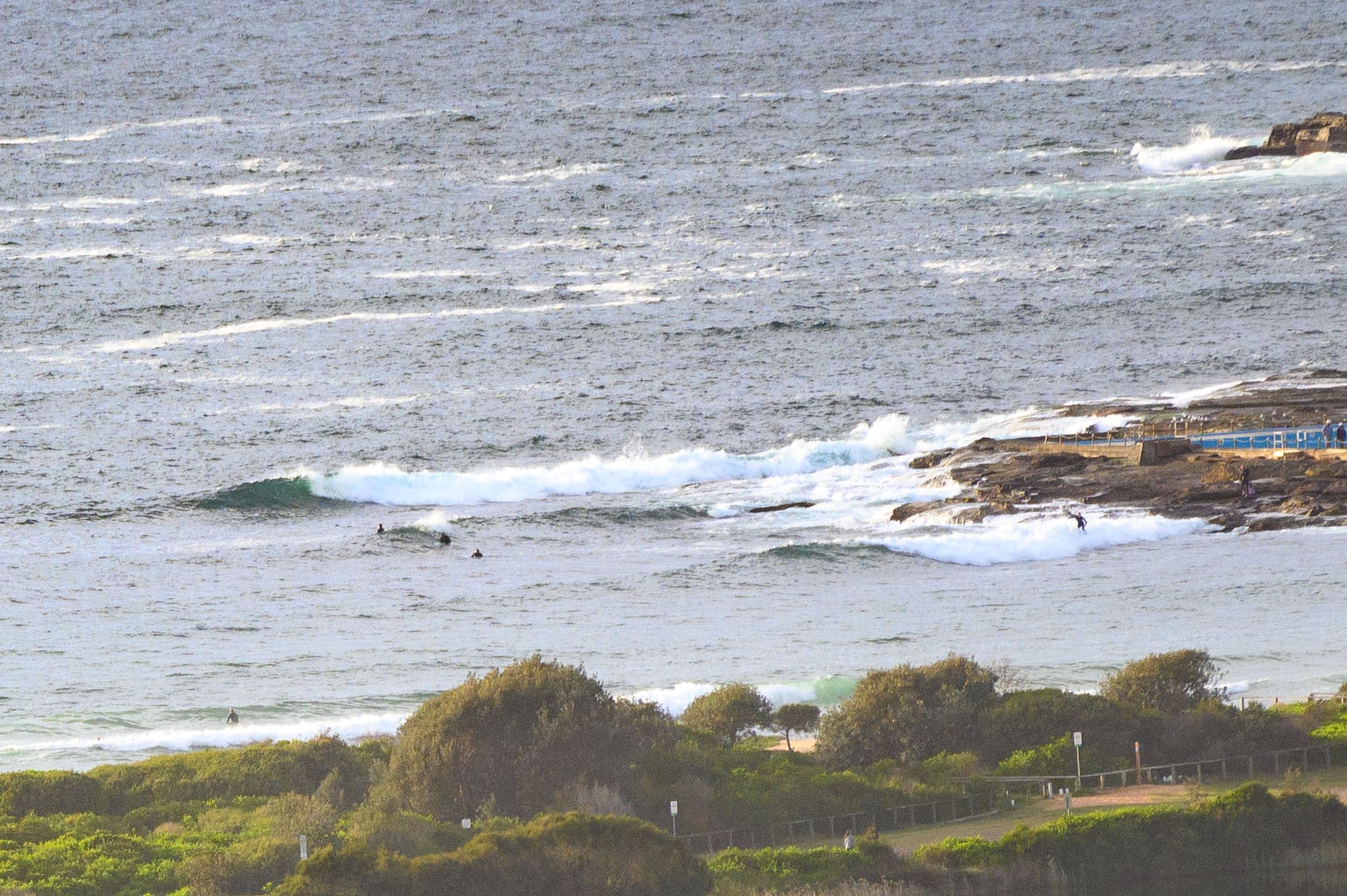 A high pressure system lies east of Australia. A strong southerly change is moving across southern and central parts of the coast today, extending to northern parts on Friday morning. Winds will then turn northerly as a second high tracks into the Tasman, ahead of another change forecast to move through southern waters on Sunday.

Winds
Northerly 15 to 25 knots turning northwesterly 15 to 20 knots during the afternoon. A late southerly change.
Seas
Around 1 metre, increasing to 1 to 2 metres offshore.
Swell
Northeasterly around 1 metre inshore, increasing to 1 to 1.5 metres offshore during the afternoon or evening.
Weather
Partly cloudy. 80% chance of showers. The chance of a thunderstorm in the morning and afternoon.

Southerly slop for the keen