Clean and tiny but surfable with the right equipment 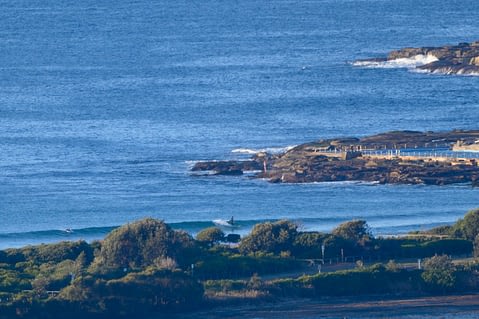 Hello Friends, Another beautiful morning along the beaches and, wonder of wonders, there were a few little longboardable knee high sets to be had at Dee Why. Wind was a light 5 kt WNW and out at sea the swell was 0.7 m from 106° at 11 seconds. Tide was coming off the 0.5 m […] 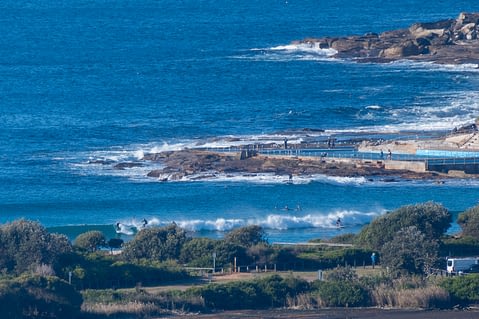 Hello Friends, A sunny holiday weekend Sunday and there are waves to be had. Dee Why was seeing waist to maybe even shoulder plusses on the bigger sets at 0900. Swell at sea was a metre at 13 seconds from 127° and wind was a light 6-8 kts from the WNW. The point was mostly […]

Hello Friends, Icy early thanks to the cold air and 7-13 kt WNW wind, but skies were mostly clear and on top of all that, Dee Why was seeing waist to maybe shoulder high sets for the hardy specimens getting amongst it by 0800. Out at sea the swell was 1.5 metres from the ENE […]

Not a surf day for Dee Why

Hello Friends, The picture tells the story. In line with expectations, it’s faded away to unsurfable this morning. So, a day for other things. Outlook is for the current weak and tiny conditions to last through Wednesday. It could bump up into the just-surfable range at south magnets by Thursday morning. Here’s hoping! Have a […]

Hello Friends, Looks like there are a few knee to waist high peaks at better exposures this morning. Wind was 10-12 kts from the west. Swell is a metre at 9 seconds from 150°. Tide was high at 0520 and is currently dropping to the low at 1130. Weather should be sunny and 20C. From […]

Hello Friends, Only a few little scraps of energy left around this morning. Very, very small, very weak and very inconsistent everywhere. Have a great Thursday and check back later to see what the Mighty Goat foretells.   Weather Situation A high pressure system is centred west of New Zealand’s north island while a trough […]

Hello Friends, Nutty this morning at Dee Why as long period east swell thunders in.  Seems to have surprised the BoM too. They were right about it being 2 metres at sea, but when the period gets close to 15 seconds like this stuff, wave faces are a wee bit bigger than that. Obviously not […]

Hello Friends, Not a hint of a wave at Dee Why this morning. Swell at sea is a touch under a metre at 12 seconds from 151°, so there are knee to waist high lines to be tapped into at better exposures like Curly. But take your floatiest water toy because there’s not much energy […]

Hello Friends, Another morning with heaps of south swell spot surf options. Yesterday was pretty good in the late morning with the swell coming from 166° at 1.4 m at 9 sec, but now it’s dead south at 180° and 2.6 metres at 11 seconds after peaking overnight at 4.4 metres. It should drop steadily […]